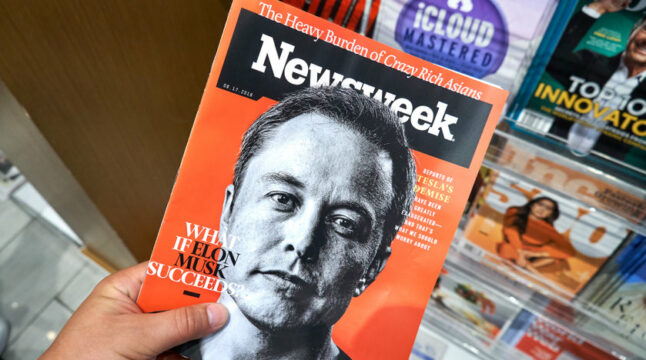 Judging by Musk's past actions, we may see a poll deciding whether Twitter should host NFTs or not.

He followed the new PFP change by taking a jab at NFT’s fungibility. This is a common line of attack, borrowing from the fact that anyone can save an online image, as demonstrated in the example above.

However, NFT provenance and Blockchain proof of ownership is not something that can be faked without pilfering the wallet’s private key. For his NFT-mocking target, Musk picked the Ape collage created by digital artist Michael Bouhanna for Sotheby’s.

The composite was featured in Sotheby’s sale of 101 Bored Apes last September, worth $24.4 million.

The fact that the average Ape NFT price fetched $241k speaks volumes about the popularity of the BAYC collection, which is why Musk likely picked this particular theme to take a jab at NFT fungibility.  Bouhanna directly responded to Musk calling for him to remove the pfp or properly credit him.

What happened next was predictable. NFTs, just like meme coins, seem to thrive on speculation. Although ApeCoin is more than a meme coin, as it underpins Yuga Labs’ new metaverse ecosystem, it behaved like one. APE surged by 20% within a few hours, from $14.51 to $17.49. However, it soon deflated, still reeling from the botched launch of Otherdeed NFTs for Yuga Labs’ upcoming Otherside blockchain game.

This is quite reminiscent of Elon Musk’s favorite meme coin, Dogecoin (DOGE). It is safe to say that DOGE owes Musk its many price hikes and dips. For this reason, it seems odd that Musk would go against an asset that equally gains its value through the social media hype.

More important question is, what does this mean for Twitter given that Elon Musk is the platform’s most likely new owner? Is he signaling a shift in policy?

Although it is understandable that NFT speculators jumped to the conclusion that Musk is going all-in on Ape NFTs, this would go against his past sentiment. On January 20th, the Twitter Blue subscription service ($2.99) announced NFT pfp for iOS devices. To regular users, they would be immediately apparent by their hexagonal frame, with metadata revealed when clicking on the pic itself.

Elon Musk responded by calling the feature “annoying” and “bs”, further explaining that Twitter’s resources should be used elsewhere. Specifically, to counter bots and spammers, Musk’s recurring gripe when it comes to Twitter experience.

Even Michael Saylor of MicroStrategy jumped in with his take. He proposed a monetary cost of $20 via Lightning Network BTC payment to verify users and give them orange checkmarks. This would be akin to a security deposit that would be lost if accounts engage in spam.

Whatever anti-spam feature pops up in the future, Elon Musk’s “seems kinda fungible to me” line is a clear jab at Twitter’s NFT integration. Moreover, this is not the only time Musk mocked the very concept of NFTs alongside web3 itself.

Two days later, he added that it doesn’t “feel quite right selling this”. The time delay and the extravagant tweet itself made a clear point. Elon Musk thinks NFTs are speculative and exploitative by nature. Therefore, it is exceedingly unlikely that Musk even owns NFTs, let alone will support any specific project like BAYC.

What Will Musk Prioritize as a New Twitter Owner

If Musk’s $44 billion acquisition follows through as expected, he will take the company private. This means that major decisions will no longer be made by a committee, i.e., Twitter’s board of directors. Musk already hinted at some changes he would like to see as the sole decision-maker:

These changes align with Musk’s vision of the platform as a digital public square. Although it could be said that companies have the prerogative to dismiss the 1st amendment of the US constitution, such a position would ignore the network effect.

This phenomenon has been demonstrated time and time again. One could clone hundreds of Twitter platforms and launch them as alternatives, but it would make little difference. That’s because a service such as a social media platform gains value by its number of users, not by its functionality.

In the meantime, as the Twitter-Musk saga is coming to a closure, Twitter (TWTR) stock is still under Musk’s offer of $54.20 per share. In the past three months, TWTR appreciated by 30%, presently holding at $48.68.

It remains to be seen if Elon Musk’s new acquisition will be reinvigorated as a free speech platform. At the very least, it would be on a collision course with the new Disinformation Governance Board and the EU’s Digital Services Act. Both are trying to expand the government’s role in determining the space of allowable opinion.

Do you think there is a difference between printing an expensive painting and copying an NFT? Let us know in the comments below.