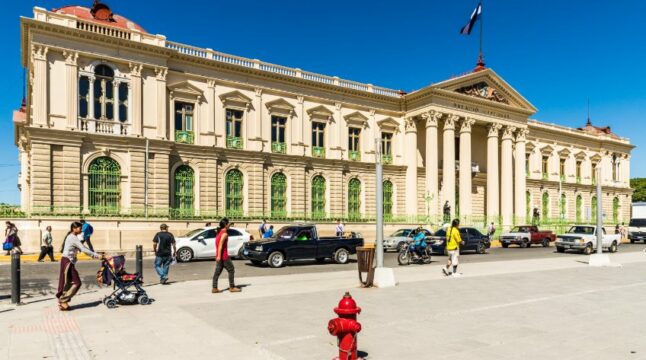 Morgan Stanley believes El Salvador's bonds could bounce back to 44 cents on the dollar by year-end.

El Salvador’s $7.7 billion in Eurobonds are among the worst-performing notes this year as the country’s massive bet on Bitcoin has gone awry. The country’s bond, which has dropped to 28 cents on the dollar, is down by almost 60% year-to-date (YTD).

Meanwhile, Morgan Stanley analysts believe it is a good time to purchase battered bonds from El Salvador, predicting that they could bounce back to 44 cents on the dollar by year-end.

Creditors Fear El Salvador Would Default on its Debt

El Salvador will have to pay $800 million on its traditional dollar bonds by early next year. The country arguably could have amassed some funding using its expected Bitcoin bond. However, as reported, the country’s Bitcoin bond hasn’t received any investment.

Besides failing to collect funding using its Bitcoin bond, the country has also stalled talks with the International Monetary Fund (IMF). All of this has convinced some creditors that the country might default on its debt. For this reason, Fitch Ratings slashed El Salvador’s rating to CCC in early February. In a blog post, Fitch Ratings said:

All of these have negatively affected the price of El Salvador government bonds, which is down by 59.43% YTD. El Salvador’s bond has underperformed every other nation except war-torn Ukraine, whose bond is down by more than 80% YTD.

Simon Waever, the global head of emerging-market sovereign credit strategy at Morgan Stanley, believes El Salvador’s $7.7 billion in Eurobonds has been “overly punished” by the market. The bank ostensibly aims to take advantage of this opportunity and scoop up bonds from El Salvador. He said:

“Markets are clearly pricing in a high probability of the autarky scenario in which El Salvador defaults, but there is no restructuring.”

He argued that El Salvador could manage to continue without missing payments for at least another year. The country runs a primary surplus and has smaller maturities coming due than other distressed peers like Argentina, Egypt, and Ukraine, he said.

The lack of interest in El Salvador’s debt is partly attributed to President Nayib Bukele’s unpredictable policies, which include making Bitcoin legal tender and purchasing more Bitcoin recently even as the country’s financials don’t look good.

Meanwhile, at the time of writing, Bitcoin is trading around $23,700, up by more than 8% over the past 24 hours. However, the flagship cryptocurrency is still down by around 66% from its all-time high of around $70,000 recorded last November.

Do you think it is a good time to purchase El Salvador’s 2027 bonds? Let us know in the comments below.