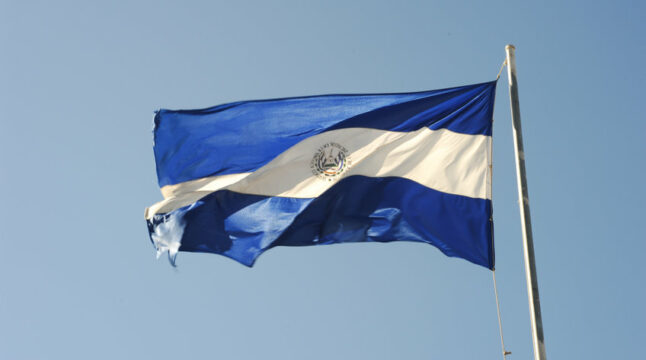 El Salvador's volcano bonds haven't received any investment, which deepens concerns about how the country would pay a $800 million debt repayment due early 2023.

El Salvador’s planned $1 billion Bitcoin bond has yet to attract any investor. This, along with the country’s worsening relationship with the International Monetary Fund (IMF), has stirred up speculations that the country could be headed for a default—and that it might have to sell its Bitcoin holdings in order to finance its debt.

In late November last year, President Nayib Bukele unveiled plans to issue Bitcoin bonds worth $1 billion. The country detailed that it would use $500 million of that tally to fund the construction of its bitcoin mining infrastructure and another $500 million to buy even more bitcoin.

The proposed bond was set to last for 10 years and offer a 6.5% annual yield. Following a lock-up period of five years, the country would also start selling some of its cryptocurrency holdings and pay an added dividend to bondholders.

The bond offering was scheduled to take place between March 15 to 20. However, El Salvador decided to postpone the offering after the Russia-Ukraine conflict sent Bitcoin’s price tumbling and exacerbated market conditions.

Initially, there was a lot of optimism toward the Bitcoin bond. Bitcoin analyst Antonio Pompliano even predicted that the bond “will be ridiculously oversubscribed.” However, after more than five months now, the Bitcoin bond has not received any investment, according to a report by Bloomberg.

Creditors Fear El Salvador Would Default on its Debt

El Salvador will have to pay $800 million on its traditional dollar bonds by early next year. Now that the country has failed to amass funding using its Bitcoin bond, and the fact that it has stalled talks with the IMF, some creditors have predicted that the country might default.

Consequently, Fitch Ratings slashed El Salvador’s rating to CCC in early February, pointing to the country’s increased dependence on short-term debt as well as its poor relationship with the IMF. In a blog post, Fitch Ratings said:

All of these have negatively affected the prices of El Salvador’s debt, which fell by 15.1% in April, surpassing every other nation except war-torn Ukraine. Moreover, the country’s benchmark bonds due in 2032 now yield 24%, a steep level that suggests investors are expecting a default.

It is worth noting that El Salvador’s finance minister and central bank president have reportedly said there’s “zero risk” of the country defaulting. While it is not clear how the country would finance its debt, one speculation is that it might have to sell its Bitcoin holdings.

The country, which began buying Bitcoin in September last year, held more than 1,800 coins by late January 2022. At current rates, those coins are worth just more than $70 million, which is still far lower than the $800 million El Salvador will have to pay in early 2023.

Meanwhile, at the time of writing, Bitcoin is trading around $39,000, up by more than 1% over the past 24 hours. However, the flagship cryptocurrency is down by more than 40% from its all-time high of around $70,000 recorded last November.

Do you think El Salvador would sell its Bitcoin holdings to repay its debt? Let us know in the comments below.