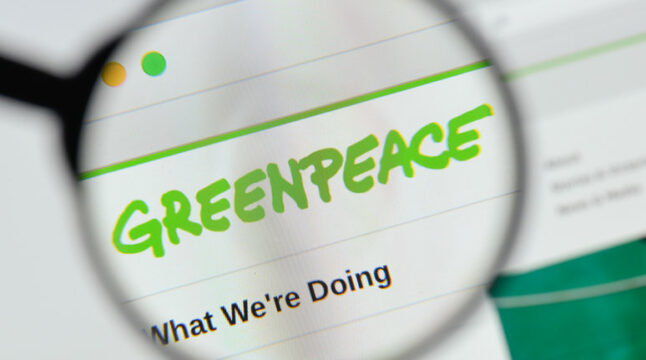 A new campaign is pushing for a change in the Bitcoin mechanism, but analysts believe it would not be much efficient.

Climate activist group Greenpeace, alongside some prominent crypto veterans, has launched a new campaign aiming to persuade the Bitcoin community to adopt a more environmentally-friendly consensus model. The initiative comes as environmentalists are increasingly voicing concern regarding Bitcoin’s excessive use of energy.

Meanwhile, analysts are skeptical of the efficiency of this campaign, noting that Bitcoin miners would not incline to alter the flagship cryptocurrency’s current mechanism.

Supported by Greenpeace, local activist groups, and Chris Larsen, executive chairman and co-founder of Ripple, the “Change the Code, Not the Climate” campaign aims to pressure the Bitcoin community and influencers like Jack Dorsey and Elon Musk to change Bitcoin’s current consensus mechanism.

The campaign aims to buy ads in publications over the next month. Michael Brune, former executive director of the Sierra Club who is now in charge of the campaign, said they have reached out to a number of high-profile figures and corporations. He added that they expect Goldman Sachs, BlackRock, PayPal, Venmo, Fidelity to be helpful.

“We are in this campaign for the long haul, but we are hoping — particularly since Bitcoin is now being financed by entities and individuals who care about climate change — that we can compel leadership to agree that this is a problem that needs to be addressed.”

Meanwhile, Larsen has dedicated $5 million to fund the campaign. Given that he is co-founder of Ripple, which supports XRP, there could be a conflict of interest. However, he claims that he wants “to see Bitcoin and Ethereum succeed,” but Bitcoin needs to be more energy efficient to attract investor support. He said:

“If I was concerned about Bitcoin as a competitor, probably the best thing I could do is let it continue on this path. This is just an unsustainable path.”

Why is Bitcoin Energy Intensive?

Bitcoin uses the Proof-of-Work (PoW) consensus mechanism to verify and record cryptocurrency transactions. The way it works is it credits network participants, called miners, for spending resources and computational power on solving arbitrary mathematical puzzles to verify transactions and add the next block to the blockchain.

However, there are alternative mechanisms that are much more energy-efficient. For instance, proof-of-stake (PoS) significantly reduces the amount of energy needed to secure the network by replacing miners with validators.

There is No “Appetite” For Code Change Among Bitcoin Miners

Evidently, Bitcoin miners have a strong incentive to support any alteration to the code. That is because changing the Bitcoin code would make their expensive mining machines much less valuable.

Moreover, shifting to another mechanism is technically complex. For instance, Ethereum, which boasts the largest number of developers among all blockchains, has been working for years but hasn’t yet fully transitioned.

Echoing the same point of view, Chris Bendiksen, a Bitcoin researcher at CoinShares and one of the world’s leading experts on Bitcoin mining, said:

“I’d put the chance of Bitcoin ever moving to PoS at exactly 0%. There is no appetite among Bitcoiners to destroy the security of the protocol by making such a move.”

It is worth noting that Bitcoin does not necessarily need to change its mechanism in order to become more environmentally friendly. In fact, a more feasible way to reduce the negative impact of Bitcoin mining on the environment is by using renewable sources.

Recently, there have been attempts to make Bitcoin mining more green. More notably, El Salvador has vowed to use volcanos to power Bitcoin mining facilities using “100% clean, 100% renewable, 0 emissions energy,” while some miners in the US have struck deals with nuclear power plants to find clean power sources.

Do you think Bitcoin miners would give in to a proposal for a code change? Let us know in the comments below.