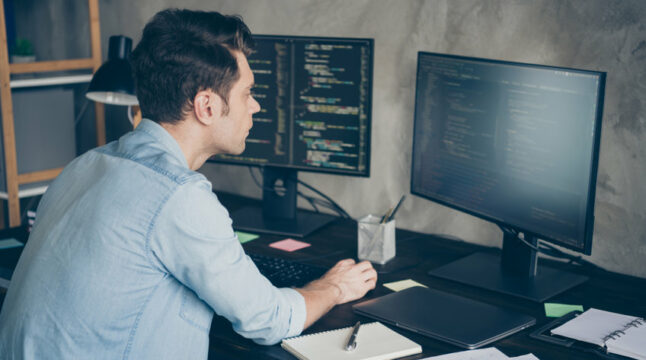 Ethereum is by far the largest Web 3.0 and DeFi ecosystem, maintaining 30% of all full-time developers working in the space since 2017. While rival blockchains grew at a considerably faster rate in 2021, it is uncertain if such growth can be sustainable over the long run.

There are over 18,000 monthly active developers in the DeFi and Web 3.0 ecosystem that provide various contributions to projects. Of that tally, over 4,000 work on Ethereum, accounting for over 22% of all the developers working in the space, according to research by Electric Capital.

As of now, around 4,000 active developers are working on Ethereum each month. Notably, 42% of that figure, or a total of 1,184 devs, have joined since January 2021. More specifically, there has been a 51% increase in Ethereum’s active part-time developers and a 24% increase in the number of full-time devs over the past year.

“Ethereum continues to have the largest ecosystem of tools, apps, and protocols, and is 2.8x larger than the second largest ecosystem. One out of every five new developers coming into Web3 works on Ethereum.”

Meanwhile, the cumulative number of developers that have joined Web 3.0 in 2021 is notable. Reportedly, over 34,000 new developers committed code to crypto projects in 2021—which is the highest in history. Further, over 3,000 new developers were joining crypto every month in the final months of 2021.

The report also noted that approximately 60% of all developers and 45% of full-time developers have joined Web 3.0 in 2021. It added that the number of developers goes up with prices, but does not take a hit during bear markets. Electric Capital said:

Ethereum Rivals are Growing at a Faster Pace

Some experts believe Ethereum has become a victim of its own success. This is because the exponential rise of DeFi platforms, as well as the meteoric rise of NFTs, brought more users to Ethereum than the ecosystem’s capacity, which has resulted in sky-high gas fees.

These scalability issues around Ethereum pushed users toward rival blockchains, or so-called “Ethereum killers.” For instance, Binance Smart Chain (BSC), which can process around 300 transactions per second for only a few cents, outperformed Ethereum by nearly 600% in terms of transaction volume in May.

Similarly, Solana, which is less than two years old but supports an average of 2,000 transactions per second with a trivial fee of less than one cent, has burst in popularity. The project managed to exceed Ethereum by 500% in August.

Smaller Web 3.0 ecosystems, those with less than 300 developers, also increased their number of devs by multiple times. The report said:

It is worth noting that many of these so-called “Ethereum killers” have traded off decentralization for bandwidth and speed. For instance, BSC has a total of 11 validators on the testnest and 21 validators on the mainnet. Compare this to Ethereum, which surpassed 200,000 validators back in July 2021.

In fact, the main reason behind the Ethereum 2.0 upgrade taking much longer than anticipated is that devs want a more scalable and secure blockchain but not at the cost of decentralization. At the end of the day, what users ultimately want—and need—is yet to be decided.

What do you think the future holds for L1 smart contract blockchains? Let us know in the comments below.