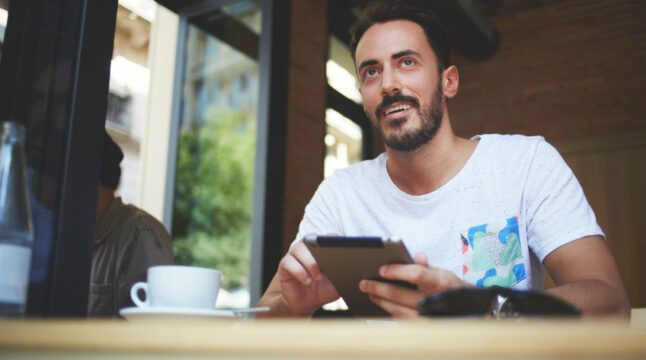 Retail traders continue to take matters into their own hands in seeking a fair stock trading landscape.

For retail traders that are anxious about the reliability of the financial system, a shoring-up option exists in the form of DRS and FAST agents. Find out how these mechanisms can mitigate the risk embedded in stock trading.

AMC and GME stockholders in the past have faced restrictions on their stock holdings, such as the controversial action by Robinhood and others to prevent buy orders on select securities when demand was high due to a squeeze.

The problem stems from the way many brokerages are managed. By their very structure, stocks “owned” by a trader are technically still owned by the broker. In this sense, many retail traders feel as if they do not actually own their shares—and many experienced this reality back in January.

Yet an alternative means to owning stocks—via Computershare—is gaining traction among retail traders. Computershare actually transfers the ownership of the stocks into the trader’s name—thereby allowing total ownership and holding of the stock in question.

This has led some stock traders in Reddit communities to embrace Computershare as a way to avoid traditional brokers, who now have the perception of being on the side of Wall Street and financial institutions, and not on the side of retail traders.

Melbourne-based Computershare (ASX: CPU) has operated in over 20 countries, including the US, since 2001. With a current market cap of $7.34 billion, the company is owned by the following shareholders.

Vanguard and BlackRock are household names by now, having a stake in most companies around the world, including GME/AMC. However, the top shareholder – AustralianSuper Pty, is owned by the Australian Council of Trade Unions (ACTU), representing Australian workers.

More importantly, Computershare is GameStop’s FAST agent. As such, Computershare makes a big difference in how stock trading is handled. As you may know, the SEC – via DTCC – differentiates between three types of securities ownerships:

The SEC places DRS as the least disadvantageous one of the three. The only CON is that the trader may not be able to trade shares at a specific time. Instead, the FAST agent like Computershare would be able to do so on a daily, weekly, or monthly basis.

Considering the fact that most GME/AMC retail traders tend to hold these stocks for the long haul, an extra layer of security might just be what is needed to put their concerns at ease.

With that said, one should first browse through Computershare’s Complaints Board. What should also be kept in mind is that there is not a single service or product in existence without a long list of complaints.

Accounting for Past Failures

When financial trading is not conducted on audited, open-source protocols across a decentralized blockchain network, they can be ripe for abuse. We have seen this manifest acutely during the GameStop (GME) short squeeze.

It turned out that the trading path from entering the market to settling the trade is anything but simple. Outside the issue of payment for order flow (PFOF), which creates a conflict between market makers and brokers, there is also the issue of settlements.

When one decides to buy a share of a company, the request has to go through Depository Trust & Clearing Corporation (DTCC), staked by hundreds of banks, brokers, and hedge funds to distribute the risk. DTCC is under the SEC’s supervision and acts as an umbrella for the DTC (for depositing securities), the OCC (options clearing), and the NSCC (clearing and completion of broker-to-broker trades).

The DTCC handles an amount of wealth that is difficult to conceptualize: over $2 quadrillion worth of securities in the last year alone. In the wake of GME’s short squeeze fiasco, we had already covered how trades can get lost within the DTCC framework. Specifically, the so-called phantom shares that resulted in $359 million worth of GME shares to be FTD-ed (failure to deliver).

This happened because they were registered by the DTCC as digital entitlements. As the tension between institutional short-sellers and GME/AMC retail traders continues, the NSCC had made some tweaks to its rules to mitigate the fallout to staked members.

If this doesn’t sound complicated enough already, the issue of naked short selling further exacerbates it.  Although technically illegal, it is well-known that so-called dark pools can facilitate it. The SEC Chair himself, Gary Gensler, admitted that “half of our markets” go to dark pools, as private exchanges are inaccessible to the public.

How to Mitigate Financial Risk When Trading

When so many invested and interlinked interests are involved, transparency is seemingly at the bottom of the priority list.

One way to mitigate risk is to address the core of the process – DTCC. Conveniently, the overarching settlement corporation provides an off-ramp via DRS – Direct Registration System. Similar to the concept of bridges between different blockchains, DRS offers a link between DTC and FAST (Fast Automated Securities Transfer) agents.

Just like when some people migrated from Ethereum to Binance Smart Chain due to costly ETH gas fees, so too can traders pick a FAST agent to speed up and reduce the risk of processing securities once traders pick a broker they are comfortable with.

Do you think it would be safer to trade via tokenized stocks, as offered by WSB dApp, or through FAST agents like Computershare? Let us know in the comments below.