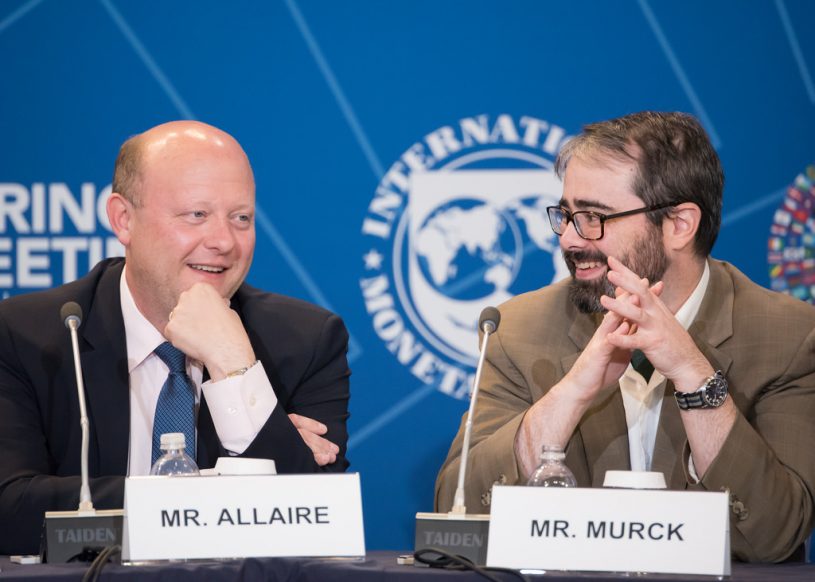 Jeremy Allaire, CEO of Goldman Sachs-backed Circle, has made recent comments regarding the need for a unified regulatory framework for tokenized securities. While certain regulatory bodies have made progress, the focus— says Allaire— should be on an integrated framework to allow for global compliance.

The Paris-based Financial Action Task Force (FATF) has recently announced plans to establish guidelines concerning the criminal use of digital coins in June of 2019.

Just this month, the SEC has launched a Fintech hub to streamline regulatory compliance for blockchain startups.

But these aren’t enough, claimed Circle CEO Jeremy Allaire in a recent interview with Reuters.

“Ultimately there needs to be normalization at the G20 level of critical crypto-related regulatory matters.”

The G20 is an international forum which brings together the world’s economic leaders. Comprised of 19 national governments as well as the entire European Union and its 28 members, the G20 accounts for 85% of the world’s GDP.

About once a year these leaders meet to discuss emerging economies. It would therefore be quite fitting for the organization to establish a regulatory framework for the rapid expansion of distributed ledger technology (DLT).

This is already starting to take place. Both a real estate fund and a $30 million condo development have been tokenized on Ethereum. Speculation has begun on the future of a $10 trillion dollar industry. Security Token Offerings (STOs) are thought to be the new Initial Public Offerings (IPOs).

Yet before the entire industry can proceed, regulatory clarification is needed. As Allaire said,

“When it comes to token offerings, how should they be treated? Which token offerings are securities, which are not? The trading venues – are they like spot commodity markets that need to have rules in place around market manipulation?”

With a valuation of $3 billion, Circle is one of the most well-funded Fintech projects in the DLT sector.

In February of 2018, they purchased Poloniex. In October, Circle announced the acquisition of crowdfunding giant SeedInvest.

Most notably, SeedInvest has the ability to operate as a broker-dealer, which could potentially allow Circle to compliantly crowdfund security tokens.

In order for this to happen however, global clarification on the classification of tokenized securities is required. With different regulatory bodies restricted to geographical jurisdictions, world-wide compliance has the potential to get very messy.

A unified body— such as the G20— could provide the perfect remedy.

What do you think about Allaire’s push for global regulation? Is such a vision possible? If so, what are the first steps toward actualization? We want to know what you think in the comments below.