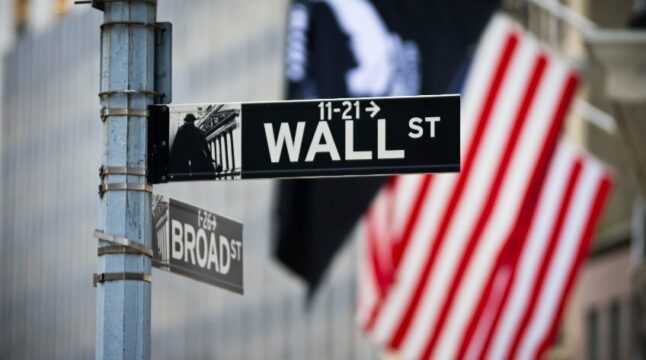 There is a 50% chance of Chinese stocks getting de-listed from US markets, according to Goldman Sachs.

Last Friday, the US and China reached a preliminary deal to move away from delisting hundreds of Chinese companies from US stock exchanges. Over the weekend, the deal lowered the market’s risk assessment from March’s 95% to the present 50%, according to Goldman Sachs Group’s delisting barometer.

If the deal goes through, it will neutralize the delisting threat injected by former President Trump when he signed the Holding Foreign Companies Accountable Act (HFCAA) in December 2020. The preliminary deal comes at a time when both economic superpowers have to boost market confidence.

Why is HFCAA Problematic for China?

For companies to be publicly traded, they have to be properly evaluated. The problem arises when nations, China in this case, have different auditing standards. The Holding Foreign Companies Accountable Act was the latest in a line of laws to standardize this process.

Consequently, HFCAA threatened to delist China-based companies, dubbed Chinese Listcos, from US securities exchanges, including over-the-counter (OTC) by 2024. The agency in charge of auditing public US companies is the Public Company Accounting Oversight Board (PCAOB).

Under HFCAA, PCAOB is in charge of identifying and singling out companies that have their audits done outside its jurisdiction. PCOAB then labels these companies as Commission-Identified Issuers. Since HFCCAA became law, the SEC has identified up to 200 Chinese Listcos.

When a company is identified as a Commission-Identified Issuer for three consecutive years, it is up to the SEC to issue a trading ban on both OTC markets and US securities exchanges. Furthermore, each stock exchange can use discretion to delist such a company if it raises “public interest concerns”. For instance, this happened to China Mobile Limited in 2021.

Under HFCAA, Chinese Listcos that are identified as Commission-Identified Issuers must deliver annual reports that they are not owned by the government. This entails the following information:

With the preliminary deal made last Friday, China has reached a significant compromise. The deal would allow PCAOB inspectors to enter China and access both audit paperwork and personnel. The first wave of inspectors should hit Chinese Listcos by mid-September.

Now that the market priced delisting risk at 50%, there are two likely scenarios: a big boost to the Chinese stock market, or a severe downturn.

Amid delisting uncertainty, Chinese Listcos have been using the Hong Kong Stock Exchange (HKSE). Up until this August, 12 such companies have opted for either dual-primary or secondary listing on HKSE. However, the latter is only available to companies above the HK$3 billion market cap.

Typically, the secondary listing is preferable because it has exemptions for certain audit requirements and disclosures. Because of this flexibility, HKSE has been the fastest growing stock exchange in Asia, having listed 2,572 companies as of 2021, worth over HK$47 trillion.

Signs of this happening are already present when the Nasdaq Golden Dragon Index (HXC) jumped by nearly +9% over the last 5 days. HXC consists of publicly traded companies that mainly conduct their operations in China.

Likewise, MSCI China Index, capturing 715 mid-to-large cap companies, is poised for a +5% boost if delistings are avoided. In the worst-case scenario of forced delistings, American Depositary Receipts (ADR), which represent shares (ADS) in foreign corporations, are in for a likely -13% drop.

It appears that China gave major concessions to PCAOB because its economy is missing growth targets. Not only is the Chinese real estate market unstable, but the tech sector is underperforming as well.

Recently, in a leaked email to company staff, the CEO of Huawei (China’s Apple), Ren Zhengfei, warned of a “very painful historical period” that should last up to five years. Year-to-date, the Hang Seng Tech Index is tightly aligned to American Nasdaq, both having underperformed at -24%.

Last Friday, just after Jerome Powell’s Jackson Hole speech, the US stock market was spooked to the tune of $1.25 trillion. With further interest rate hikes in the works, can either China or the US afford to erect obstacles to capital flows?

Do you think China and US would find an agreement and prevent China’s stocks from delisting? Let us know in the comments below.