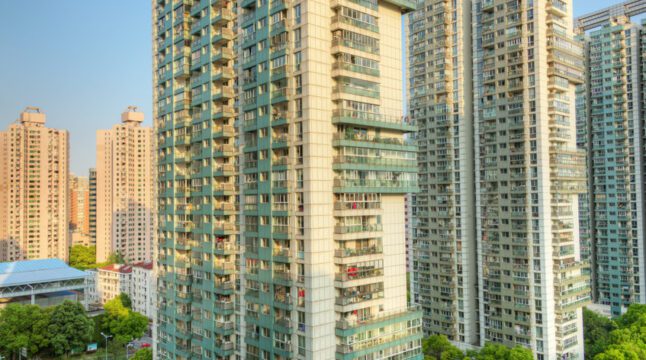 On the verge of bankruptcy, the Chinese construction and developer giant faces an uphill struggle to regain the trust of its investors and customers.

When we first covered Evergrande’s troubles at the end of August, we likened it to a repeat of the Leman Brothers’ bankruptcy, the fourth largest US investment bank at the time. To avoid a cascade of similar bankruptcies across the financial sector, the Fed had to jump in and conduct bailouts. The similarities are striking, as both Leman and Evergrande were/are highly laden with debt, thus posing a system-wide risk.

The difference is that Evergrande is not a bank, but is China’s second largest real estate developer. More so, while Lehman had $613 billion in loans that it couldn’t sell, Evergrande has about half that in liabilities – $300 billion.

The People’s Bank of China (PBoC) singled out the housing conglomerate as having the potential to be a systemic risk for the Chinese economy. In August 2020, the PBoC set up a meeting with Evergrande and 11 other large developers to discuss “the three red lines“, referring to the stabilization of the following financial ratios (as of July 2021 according to BondEvalue):

Overall, Evergrande’s interest liabilities are massive – $28 million per day and growing. These ratios have gotten worse since August 2020. Predictably, Evergrande soon received “at risk of default” downgrades across the board, from Fitch Ratings to Standard & Poor’s CC, as of September 15.

“The liquidity and funding access of Evergrande are shrinking severely, as demonstrated by an announced material drop in sales, a fall in the cash balance, and the continued use of physical properties to settle payments.”

The question then is, how bad of a fallout could Evergrande trigger outside of China? For the time being, China is reluctant to engage in the same kind of bailouts that came out of the 2007/08 Global Financial Crisis.

At the same time as the West started instituting widespread lockdowns, China mostly ignore the pandemic. Accordingly, economic forecasts popped up, positioning China to overtake the US as the leading economy a few years ahead of schedule, by 2028.

From 2019 to 2020, China shortened its GDP gap compared to the US, from $7.1 trillion to $6.2 trillion. Moreover, if we only take the PPP (purchasing power parity) into account, as represented by the green line, China has already outpaced the US by this metric. Nonetheless, such projections largely depend on RMB’s strength. The stronger it gets, the shorter the time period is to overtake the US economy, both nominal & PPP.

While it is true that the PBoC tries to keep RMB low to keep exports flowing, it is also true that a stronger RMB would make China more attractive to investors.

The IMF defines PPP as an indicator that removes “differences in price levels between economies”. In other words, it is the ability of a country to buy the same amount of assets and services with its own currency.

If RMB weakens, all forecasts for Chinese economic ascendency over the US crumble. This is why it is important to understand if China’s growth is based on real numbers or massaged ones.

During the Soviet era, it was common to refer to official economic data coming out of communist countries as akin to Potemkin Villages; a pretty facade that hides an ugly truth. In stock trading, perception is the name of the game often enough, and the same can be applied to large economies.

For instance, the dissolution of the Soviet Union and the fall of the Berlin Wall took everyone by surprise because what was presented was not reflected by reality – the dire state of the Russian economy in the 1990s reflected this. There are some indicators to suspect China is engaging in the same type of economic misrepresentation.

For instance, it is no secret that China has become Africa’s largest creditor. In over 150 countries, China has spread deep and wide, with at least $1.5 trillion in direct loans and trade credits. As a consequence, China has overtaken the role of both the IMF and the World Bank as an international creditor.

However, these lending practices are obfuscated because China doesn’t report them officially in terms of debt flows. This is a result of China’s use of private entities as extensions of the government. In practice, what financial institutions like Standard & Poor’s or Bloomberg may report from private creditors, they can’t do so from Chinese state-owned ones:

These four Chinese banks are among the world’s top 10 banks, accounting for $17.1 trillion worth of assets as of May 2021. Most importantly, the PBoC acts as a creditor for other nations’ central banks via credit swap lines. These are bilateral loans between central banks, ramping up after the 2008 Financial Crisis.

When central banks exchange their currency for foreign ones they can then lend this to domestic banks. Notably, Argentina, Pakistan, Russia, and Turkey have all used RMB swap lines to shore up their economy in times of distress.

In the end, what does all of this mean? Simply put, China is both one of the world’s biggest creditors and debtors at the same time. From 2015 to 2020, its debt increased by 74%, to $2.4 trillion, which is just the external debt. More importantly, China’s internal debt, as debt to GDP ratio, has increased to 270%.

By Evergrand’s failure, it is now apparent that much of China’s capital has been misallocated. This puts into doubt how many of China’s other ventures await the same fate. Presently, Evergrande’s failure has spread out into other entities, as shown on the stock chart below.

To summarize, China must consider:

In a global economy, these forces may affect the US as well. For instance, China holds about 4% of the US national debt, at $1.068 trillion. China’s strategy in doing so is to maintain its low export prices by keeping RMB under the value of the US dollar. Because it is a nation of exports, it is in its interest to keep it low.

However, if China’s debt becomes unmanageable, or it has to resort to bailouts with money printing, it may decide to strengthen its currency by selling US bonds. In turn, this could create a domino effect between the two economies, with the USD already in an arguably weakened state.

Do you think a state-run economy leads to more or less capital misallocation than a free market? Let us know in the comments below.