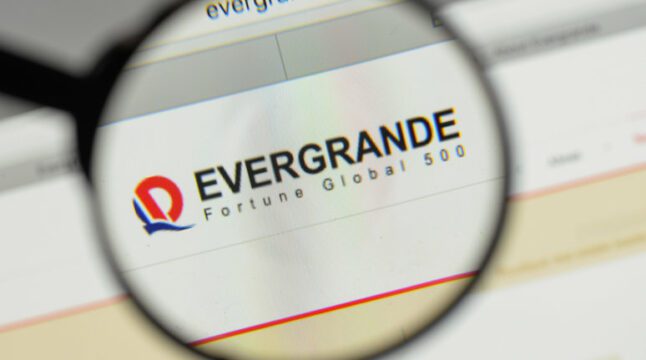 The US subprime mortgage crisis had a tremendous impact. Is China facing something similar?

China and the US, both having highly centralized economies, also hold striking uniformity in generating financial crises. While America put the submortgage crisis in the rearview mirror, China seems to potentially be heading for an bigger one.

The Chinese tech market has not been doing well, to say the least. Following the passing of a new privacy law through the National People’s Congress last Friday, China’s biggest tech players further declined. Amazon’s equivalent, Alibaba, went down by 2.6% while Tencent Music goliath dropped by 3%. Altogether, Chinese blue-chip stocks within the CSI 300 index fell by 2%.

Since July 2020, this marks a decline in the Hang Seng Tech Index, representing 30 of China’s largest tech companies, by nearly 11%. At the beginning of August, the Tokenist already noted a $740 billion wipeout in Chinese stocks since February. Investors across the world blame this on China’s new Personal Information Protection Law (PIPL) and Data Security Law (DSL), which will regulate China’s digital landscape for the foreseeable future.

Just like the EU’s GDPR has created friction with non-Euro zones, similar activity is expected from China’s mirror laws. Moreover, China’s State Administration for Market Regulation (SAMR) is bringing tech companies to heel —regardless of their size. Last November, SAMR slapped Alibaba with a $2.8 billion fine as a part of an anti-monopoly effort.

In comparison, this July, the EU fined Amazon $887 million, as a result of its GDPR privacy violations. New Chinese laws are poised to accelerate this trend, having a provision to sanction any company violating PIPL with up to 5% of its annual revenue. As a result of this wave of regulations, investors are rapidly losing confidence in Chinese tech stocks.

Is There More to China’s Stock Market Constriction?

Although seemingly in geopolitical opposition, China and the US have key economic similarities. Many argue that both the US and China exercise state capitalism, they have corporate conglomerates closely tied to the government, and rely on central banking. People’s Bank of China (PBoC) is ranked third by total assets, at $5.1 trillion compared to the Fed’s $8.2 trillion.

Furthermore, Chinese banks comprise four out of the world’s top 10 banks by market cap. More importantly, they are heavily exposed to Chinese real estate developers, holding nearly $15 trillion in loans. This brings up another stark parallel with the American economy. Specifically, the collapse of Lehman Brothers at the height of the subprime mortgage crash.

Before it declared bankruptcy in 2008, Lehman Brothers was the fourth largest investment bank in the US, which had $613 billion in loans and held $639 billion in assets. Unable to sell them after the real estate market crash, the bank filed for bankruptcy. Thirteen years later, an eerily similar dynamic appears to be happening in China.

A week ago, on August 17th, 2021, Xu Jiayin submitted his resignation as the Chairman of Evergrande Real Estate Group (HKG: 3333). Just as Google became the controller of the information highway, and Amazon came to dominate e-commerce, China Evergrande has been in charge of developing over 280 Chinese cities.

Just behind Country Garden Holdings in sales revenue in 2020, Evergrande Group has been in complete collapse mode since July of 2020, plummeting to the bottom by 80%.

Among Western analysts, the consensus for Evergrande’s rapid collapse seems to be its overreliance on debt for growth. However, the strategy failed as the company is now under an onslaught of lawsuits for unpaid bills. As a result, S&P Global Ratings has since downgraded Evergrande from B- to CCC, while its long-term rating on U.S. dollar notes dropping from CCC+ to CC-. The latter represents a very high credit risk rating, in imminent threat of default.

Similarities with Lehman Brothers continue to pile on. Although the Fed failed to bail out Lehman Brothers, it did so with AIG, just a day after Lehman filed for bankruptcy. In an unusual public step, the PBoC and CBIRC issued the following statement, after meeting with Evergrande’s executives on August 19th:

“Evergrande, as a top real estate company, must earnestly implement strategic arrangements made by the central government to ensure the stable and healthy development of the real estate market, and strive to keep operations stable,”

It is unclear how large Evergrande’s debt exposure is, but some place it in the upper range of a couple trillion dollars. The exposure involves over 128 banks, while the PBoC had previously listed the firm as a potential systemic financial risk in 2018. Moreover, Singapore’s consumer bank, DBS, puts Evergrande’s stake in the dollar bond market at 4% of Chinese real estate high yields.

With the CEO stepping down and nearly 4 million jobs in peril, the silver lining is that China can glean lessons from the American real estate crash. If the PBoC ends up engaging in massive money printing for bailouts, it will be interesting to see its effect, considering how the yuan is not a global reserve currency, like the USD.

How do you see the situation in China unfolding? Let us know in the comments below.