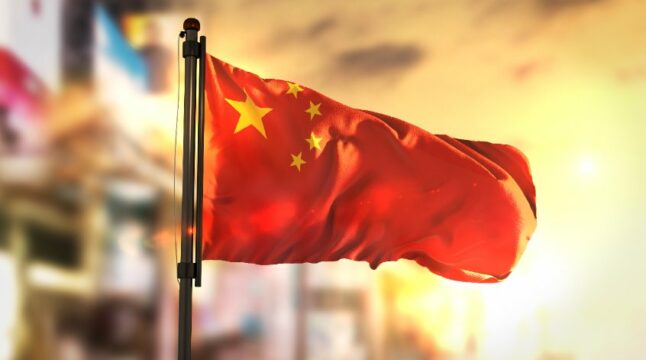 Chinese police arrested a major criminal organization suspected of laundering $5.6 billion worth of crypto funds, according to a report by Weixin.

Chinese authorities arrested a major criminal organization responsible for laundering $5.6 billion worth of crypto money, according to local reports. The arrest comes as a part of China’s campaign known as “Hundred-day Action” aimed at fighting money laundering activities.

93 Individuals Arrested as China Cracks Down on Illegal Fund Flows

Chinese police in the city of Hengyang detained a large criminal organization suspected of laundering 40 billion yuan ($5.6 billion), as reported by Weixin. According to the local police, the group used illegal funds to buy cryptocurrencies, which they then converted to U.S. dollars.

The authorities said they arrested a total of 93 suspects across 10 different locations in China and froze roughly 300 million yuan linked to the organization. The arrests represent a part of China’s law enforcement campaign known as “Hundred-day Action”

The criminal organization in question is known as “9.15”, which has been reportedly responsible for more than 300 tele-trafficking incidents, according to crypto reporter Colin Wu. The reports added that most of the illicit funds came from gambling and telecom frauds.

The investigation found that 9.15, led by Hong Mou, has been involved in money laundering activities since 2018. China has taken legal actions against the involved 93 individuals, including their suspected leader Hong Mou.

The arrests come exactly a year after China banned crypto trading to crack down on virtual currencies which it considers volatile and disruptive for the country’s economy. However, even after the ban, China remains one of the world’s largest crypto markets in the world and was ranked 10th in Chainalysis’ 2022 list of top crypto adoption countries.

According to Chanalysis, China was one of the top-ranked countries in terms of the usage of centralized crypto exchanges. This indicates that the last year’s ban on crypto trading has been either “ineffective or loosely enforced,” the report shows.

The ban forced crypto enthusiasts to turn to VPNs and similar services to invest in crypto assets. Crypto trading has been officially prohibited in China since 2019, but it has continued through foreign online digital assets exchanges until the ban was announced in 2021.

On the other hand, China has been one of the first countries to start developing a central bank digital currency (CBDC) and has been even providing digital yuan loans to local businesses. Furthermore, the country has been actively investing in the “future of the internet” known as metaverse, a market that is expected to grow rapidly over the next decade.

Do you expect China to tighten its crackdown on crypto trading after an ineffective ban last year? Let us know in the comments below.