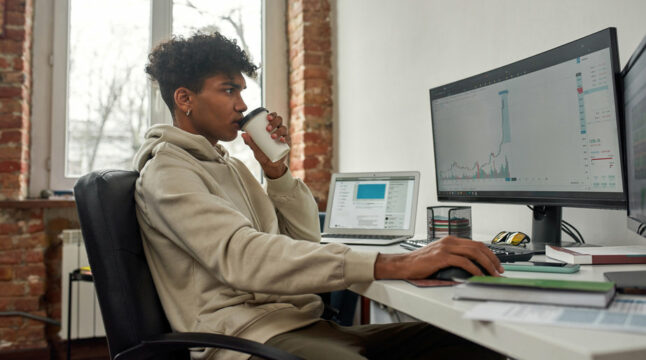 Difficulty in mining Bitcoin and its constrained supply have made the digital asset increasingly scarce, as big players purchase and hodl.

Over the last few months, Bitcoin has assumed a new role as collateral within the digital economy. The unique nature of its growth and usefulness in global finance continues to attract corporate entities. According to on-chain data, these firms are now seemingly hedging their futures on the cryptocurrency, which has even more growth potential.

On-chain data shows that the Bitcoin hash rate is currently at 199.82 EH/s and the mining difficulty stands presently at 28.59 trillion.

Following a significant dip in 2021, the mining difficulty has recovered and rebounded to new all-time highs in 2022. The mining difficulty refers to the number of bitcoin hashes a miner is expected to generate before finding a winning hash. Using the current value, a miner may create about 28.59 trillion hashes to find the correct hash and mine BTC successfully.

The mining difficulty is necessary as it keeps the entire Bitcoin protocol stable while helping to maintain the 10 minutes block time.  This is crucial as it ensures blocks are not created at a faster rate as more miners join the ecosystem. Thus, the difficulty increases and decreases depending on the number of miners, thereby regulating its scarcity.

Following China’s outright ban on Bitcoin mining and the migration of miners to other countries like Kazakhstan, mining difficulty dropped in 2021. But with miners now up and running, the mining difficulty has reached unprecedented highs.

Alongside the increased difficulty in BTC mining, Bitcoin’s illiquid supply has continued to grow due to unprecedented accumulation. In January, Glassnode observed that 76% of Bitcoin’s supply is illiquid, meaning it is held in wallets with no history of spending. The remainder of the Bitcoin supply is currently being held by wallets actively spending or exchanging their holdings. This continues to contribute to the supply shock, thereby enhancing the chances of further upward price action.

Also, Bitcoin analyst Will Clemente recently tweeted that 63.15% of Bitcoin’s supply has not moved in at least one year. The current number is just shy of previous ATHs.

Historically, an increase in the percentage of Bitcoin’s supply not moving has usually served as a precursor to a price surge. In 2016 and 2020, when this metric reached similar levels, BTCs prices rallied significantly to new all-time highs. Therefore, going by this precedent, investors may be positioning themselves to make a windfall when the price surge eventually comes.

The recent purchase of Bitcoin by the Luna Foundation Guard (LFG) has added a new utility to the digital asset. The acquisition now sees the foremost cryptocurrency serve as a reserve asset for the algorithmic stablecoin UST. The LFG plans to buy at least $10 billion worth of Bitcoin, and with more stablecoins to follow suit, the implications for Bitcoin are positive.

Also, perennial Bitcoin accumulators, Microstrategy, have announced the acquisition of more Bitcoin. The Business intelligence company has earned a reputation for being one of the most aggressive buyers of Bitcoins. This is no surprise as the firm intends to hold it as an inflation hedge. Its latest purchase worth $190 million brings its total holdings to 129,218 BTC.

The cash used to buy these new additions is supposedly from the $205 million Bitcoin-backed loans it recently acquired. The company’s CEO, Micheal Saylor, has reiterated that he has no intentions of selling his stash. This also augurs well for Bitcoin in the future.

Finally, sanctions placed on Russia due to its invasion of Ukraine may change the global dynamics regarding trade currency. Zoltan Pozsar, Credit Suisse’s money markets and rates strategist, recently published a study about the expected change. He suggested that so-called “inside money” will be replaced by “outside money” to back the value of fiat currency.

If this were to happen, the likes of Bitcoin and Gold (outside money) would replace government bonds (inside money). This would see Bitcoin assume another significant role in the global financial system leading to more growth and adoption.

Do you think Bitcoin could see another surge in the coming months? Let us know your thoughts in the comments below.