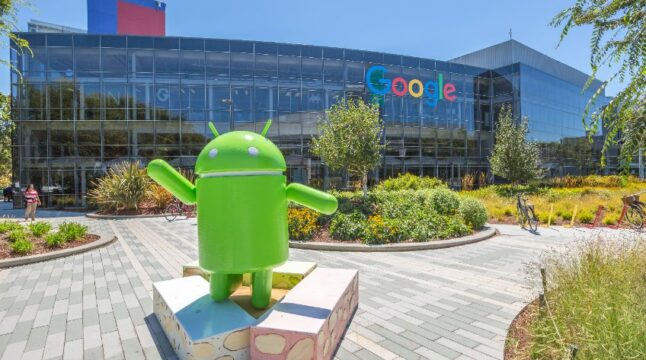 Break Down of Alphabet’s $1.5B Blockchain Investments So Far

There seems to be a consensus among market researchers that the metaverse market should top over $1 trillion size in the upcoming years. In January, JP Morgan estimated metaverse annual revenue at $1 trillion, the same figure from last November’s Grayscale report.

July’s market research from Fortune Business Insights (FBI) expects the metaverse market to balloon to $1.5 trillion by 2029, at a compound annual growth rate (CAGR) of 47.6%.

But who will materialize the necessary infrastructure for that ecosystem?

The metaverse itself represents a unification of the online experience. Powered by blockchain and Web3 stack, metaverse relies on assets to be tokenized, ranging from finance to gaming and social networking. In turn, interlinked ecosystems of digital commodities and cryptocurrencies are created. From this, a meta-blockchain space emerges.

However, building an infrastructure for a new market takes money and time. Yet, despite the bearish winds in 2022, its first half saw record investments at $30.3 billion, according to Messari and Dove Metrics report. Out of that, $8.6B went into Web3 funding, $9.7B into infrastructure, $10.2B into CeFi, and only $1.8B into DeFi.

This tells us that the Metaverse is shaping into a more centralized landscape than previously thought. This is further exemplified by the largest blockchain investor of them all – Alphabet – Google’s corporate parent, search engine monopolist, and internet ad juggernaut.

In 2021, Alphabet reached $257.6 billion in annualized revenue, with the company now valued at $1.56 trillion. Given Alphabet’s deep cash reserves of $139 billion, at the end of 2021, it is somewhat predictable that this key Web2 player would be heavily involved in Web3’s future. Even before “Web3” became a buzzword, Alphabet has been a prolific investor through its four main investing vehicles:

There is nothing tech-related that Alphabet hasn’t touched in some way, from smartphones, transportation, and AI, to robotics, data centers, cybersecurity, surveillance, and internet infrastructure. Bearing this in mind, it is no surprise that August’s Blockdata report revealed that Alphabet is the top public company investing in blockchain development.

According to the report, there are only three publicly traded companies that have invested over $1 billion into blockchain firms, from September 2021 to June 2022. These are:

BlackRock picked Coinbase as the go-to platform to offer digital assets to its hundreds of funds. Likewise, BlackRock picked Circle as its top $400 million investment this April. Both Coinbase and Circle maintain the second largest stablecoin USDC through the Centre Consortium, underpinning the bulk of dApp smart contracts.

In the same vein, Anchorage Digital provides digital asset services for institutional investors. Altogether, this gives BlackRock plenty of stake and beachhead in the blockchain arena. While BlackRock focuses on money chains, to and from crypto, let’s take a closer look at Alphabet’s top investments.

As of January 2022, Fireblocks reached an $8 billion valuation, after the latest $550 million funding round led by D1 Capital Partners, Spark Capital, and Alphabet’s CapitalG. In total, Fireblocks had 5 funding rounds delivering $1 billion.

What is special about Fireblocks is that the company pioneered multi-party computation (MPC). Also known as privacy-preserving computation, it allows multiple parties to cryptographically access accounts without revealing their inputs. This is ideally suited for enterprise-grade management and custody of digital assets.

Thanks to its MPC wallets and Fireblocks Network, the blockchain firm has handled the transfer of over $2 trillion in digital assets, tied across 800 financial institutions. Even more importantly than MPC, Fireblocks offers a full insurance policy for all crypto assets transferred or stored.

Moving outside of the institutional arena into metaverse gaming and collectibles, Dapper Labs gained fame with its NBA Top Shot. Paving the road for sports NFTs, NBA Top Shot grew its fan base to 1.5 million, mustering just over $1 billion in all-time sales. The Canadian startup received $725 million in funding from just a single round through its Ecosystem Fund, led by Alphabet’s GV among three other lead investors.

Dapper Labs was named one of the 50 world’s most innovative companies in 2022, including the #1 gaming company. Following the success of NBA Top Shot, Dapper Labs launched NFL ALL DAY, UFC Strike, while the upcoming LaLiga will focus on soccer. Powered by Flow blockchain, Dapper wallet offers the easiest way to trade in NFTs, thanks to its integration with MasterCard and Visa.

Due to its Google partnership, anyone with a Google account can instantly access Dapper wallet, its marketplaces, and add payment methods. Additionally, Google provided Dapper Labs with prioritized Google Cloud services to maximally lower the blockchain’s network latency.

The intention behind the Google-Dapper partnership is likely to create an NFT juggernaut that mirrors Google’s Web2 domination.

Bitcoin’s main layer 2 scalability solution, Lightning Network, is the key infrastructure to facilitate Bitcoin’s mass adoption. On its mainchain, the BTC network is not known for its great speed, allowing for only up to 7 transactions per second (tps). Through funded payment channels, LN provides Visa-like, near-instant payment performance.

This year, LN reached an all-time capacity at over $107 million, with Voltage as the key LN node provider to make it happen.

Outside of LN node hosting and detailed traffic analytics for enterprises, Voltage specialized in providing LN payment gateways via the BTCPay Server.

Thus far, DCG made 284 investments, of which 29 were lead ventures. The most recent ones were in August and July, respectively:

DCG also invests in DeFi projects, such as Gnosis and Bitmark, cybersecurity (Halborn), and crypto rewards programs provided by XLD Finance with its native XLD Token on Ethereum’s Polygon sidechain. Interestingly, one of the XLD advisors, Gabby Dizon, is also the co-founder of Yield Guild Games, the largest platform for lending starter funds to play-to-earn gamers.

Alphabet’s Version of Web3, the Same as Web2?

After the Treasury’s OFAC department sanctioned Tornado Cash, concerns were raised as to the shape of Web3. Will it be a centralized but tokenized landscape, or decentralized—one that is censorship-resistant?

Given the interlinked investments from this small Alphabet slice, it appears that the digital landscape of the future will be far more integrated into traditional monitoring systems and payment rails.

Fiat equivalents and centralized stablecoins like USDC will likely serve as bridges between off-chain and on-chain platforms, effectively and transparently controlling money flows.

On the surface, such a Web3 version is fragmented across hundreds of platforms, but it is simultaneously centralized and surveilled just as Web2 is. As with every approach, there are upsides and downsides. On the upside, we should expect greater security, efficiency, and insured funds. On the downside, DeFi is likely to operate on a very narrow spectrum of “decentralization”.

Do you feel the Metaverse would ever be worth $1T+ as estimated? Let us know in the comments below.