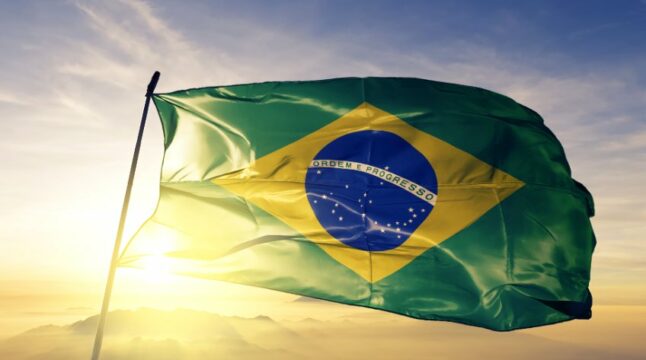 India and Brazil are the latest countries to jump on the CBDC bandwagon by announcing upcoming pilot projects. The move comes as countries like China and The Bahamas have already launched their CBDCs, with others pursuing similar plans. Both emerging countries are planning to start a pilot project this year.

The Reserve Bank of India (RBI) has reportedly asked four state-run banks to run a pilot Central Bank Digital Currency (CBDC) project, testing its digital rupee ahead of a possible rollout in this financial year. The RBI has chosen the State Bank of India, Punjab National Bank, Union Bank of India, and Bank of Baroda “to run the pilot internally,” according to a report by Money Control.

“There is a pilot on CBDCs. The RBI may come with the launch this year. When it will exactly roll out the product and specifications is to be seen,” a senior PSU bank official reportedly said, confirming the upcoming CBDC pilot.

At the time, Neto said that they plan to peg the value of their CBDC against the national fiat payment system STR (Reserve Transfer System). Furthermore, he confirmed that “Digital Real” would have a fixed supply. The confirmation of a CBDC pilot came after Brazil’s central bank inked a partnership with nine banks to assist with its CBDC development.

India and Brazil, as well as other countries, are seeking to develop a CBDC in a bid to strengthen their economy and increase efficiency while lowering the expenses of the country’s currency management system. Another major reason behind the development of CBDCs is to undercut the need for cryptocurrencies.

Which Countries Have CBDCs?

As per data by the American think tank Atlantic Council, a total of 11 countries have launched a digital currency, which includes countries like The Bahamas, China, and Nigeria, Africa’s largest economy, which launched its CBDC in October 2021. Jamaica is currently the latest country to launch a CBDC, the JAM-DEX.

Notably, 105 countries, representing over 95% of global GDP, are exploring a national digital currency. In comparison, only 35 countries were considering a CBDC by May 2020. Moreover, a total of 50 countries are in an advanced phase of exploration (either development, pilot, or launch).

Among the G20 countries, 19 are exploring a CBDC, with 16 already in the development or pilot stage. This includes South Korea, Japan, India, and Russia. Each of these countries has made significant progress over the past six months, with many preparing for pilot projects.

Meanwhile, the US is surprisingly behind other major countries when it comes to CBDC. As reported, President Joe Biden signed an executive order in early March ordering key agencies to prepare reports on “the future of money” with a view to perhaps creating a digital dollar. However, analysts think it could still take years to develop and introduce a digital dollar.

Do you think CBDCs might find mainstream adoption despite prevalent privacy concerns? Let us know in the comments below.