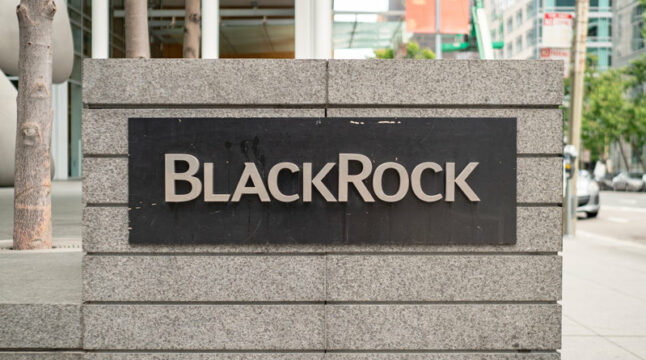 BlackRock will not "buy the dip" as the firm expects markets to extend losses in the near future.

BlackRock, the world’s largest asset manager with a portfolio of over $10 trillion, will not buy the dip in stocks anytime soon as it expects markets to drop further before recovering. The management firm believes several factors would contribute to this drop, one of which is the Fed increasing interest rates “too high.”

This is not entirely impractical. In fact, reports have surfaced that the Fed might increase rates by a larger-than-expected 0.75-percentage-point tomorrow, which could easily spook investors.

BlackRock Will Not Buy Stocks For Next 6 to 12 Months

Markets have bled brutally since the start of the year, and there have recently been calls to “buy the dip.” However, BlackRock’s Global Chief Investment Strategist Wei Li says the company does not intend to purchase stocks at current prices.

Li believes valuations have not really improved despite the recent plunge in prices of nearly all stocks. She expects the prices to further drop for several reasons. In the first place, she said the Fed might increase rates “too high” or convince markets that it will do so, which would scare away investors. She said:

“Valuations aren’t much cheaper given rising interest rates and a weaker earnings outlook, in our view. A higher path of policy rates justifies lower equity prices. We also see a risk the Fed will lift rates too high – or that markets believe it will. Plus, margin pressures are a risk to earnings. That’s why we’re neutral on stocks on a six – to 12-month horizon.”

Another reason the management firm will not buy the dip is that “a slowing restart and margin pressures spell trouble for head earnings estimates in 2022 and 2023.” Li concluded:

“We think central banks will eventually make a dovish pivot to save growth or avoid a deep recession. This is why we are overweight equities in the long run but neutral on a tactical horizon.”

Fed Could Raise Rates by 0.75% Tomorrow

Li’s concerns regarding additional hawkish actions by the Fed are not entirely out of place. Just today, The Wall Street Journal’s economic analyst Nick Timiraos claimed that the central bank would increase interest rates by 0.75% at its meeting tomorrow.

Officials had previously said they would raise interest rates by a half percentage point this week and by another half percentage in July. However, they also asserted that their decision would depend on the upcoming economic data. And since last week’s inflation report showed a bigger jump in prices in May than anticipated, they might consider a 0.75% raise.

It is worth noting that raising rates too much could lead to a recession. That is because rising interest rates make borrowing money more expensive, which can hurt individuals and businesses. Generally, rising interest rates discourage people from spending, thus slowing down the economy and growth.

Meanwhile, the stock sell-off resumed on Monday with the S&P 500 tumbling to a fresh low for the year. The benchmark plunged 3.88% to 3,749.63, marking its lowest level since March 2021. It also closed in the bear market territory, down more than 20% from its high.

Do you think the Fed would increase rates by 0.75% tomorrow? What do you think it could mean for the markets? Let us know in the comments below.