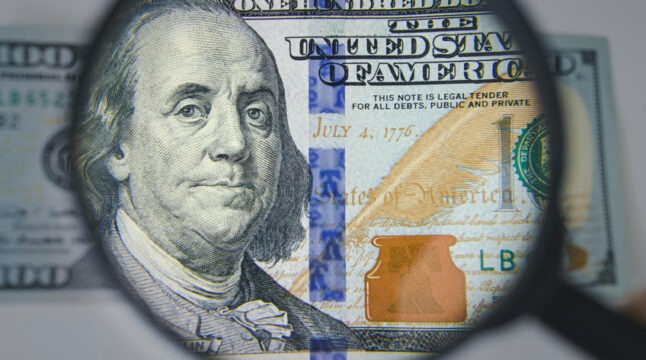 The dollar index rises while risk-on assets lose ground, with the US Federal Reserve expected to continue its aggressive interest rate hike over the coming months.

The US Dollar Index has come within a whisker of reaching and surpassing 100.00.  The greenback, which recorded its highest level since May 2020, continues to gain momentum against its key rivals. The current value stands at 99.80.

The spike in the index to a two-year high is attributed to the Feds’ continued hawkish stance. The minutes of the March 15-16 FOMC meeting were released last week, with the Feds signaling their intent to continue their aggressive interest rate hike. The consensus to reduce the trillions held in bonds by $90 billion monthly seems to have pushed the dollar index higher.

Bitcoin And Other Risk-On Assets Tumble

Bitcoin and Tech Stocks, which continue to increase their correlation, fell following the release of the FOMC decision. These risk-on assets have continued their downward slide, with several analysts, including Bitmex’s Co-founder Arthur Hayes predicting further slumps.

According to Coinmarketcap,  Bitcoin and Ethereum are currently trading below $40,000 and $3,000. Their respective 13% and 14% slump over the last seven days is more severe than the Nasdaq 100, which fell by more than 5%.

Accordingly, Hayes predicts that Bitcoin and Ethereum will lose all the momentum gained in November and slump to $30,000 and $2,500 before June 2022. His prediction comes from the increased correlation between Bitcoin and tech stocks which are now being negatively impacted by the Fed’s interest rate hike.

As shown above, the 90-day connection between Bitcoin and the tech-heavy Nasdaq 100 index has reached a new high. The correlation has been elevated since the pandemic-induced sell-off across speculative assets in 2020, even though it is still modest.

Consequently, the Feds are expected to deliver two back-to-back half-point interest rate hikes in May and June to tackle runaway inflation. The plan would see the Central Bank reduce its $9 trillion balance sheet drastically over the coming months. The US Bureau of Statistics recently reported a 7.9% price increase last year—the highest in nearly four decades—further necessitating the need for the hawkish stance.

The inflation situation, combined with the ongoing conflict in Europe, has led to fears of a possible recession. About 40% of Economists polled in a recent survey predict a recession next year. The Feds have now moved to act quickly to curb the increasing prices and keep it under control.

Reports suggest that Global stock markets may have also been affected by the hawkish stance of the US FOMC. The European Stoxx 600 index dipped 0.4% yesterday, weighed down by falls in the technology and utility sectors. However, investors a looking forward to the European Central Bank’s next monetary policy meeting for clues on the eurozone interest rate outlook.

Also, as China’s COVID outbreak worsened, equities in Asia fell. The Nikkei 225 index in Japan is down 0.61%, while the Shanghai Composite Index in China lost 2.61%. The Hang Seng Index in Hong Kong also plummeted by 3.03%.

The rise of COVID cases in China has triggered tighter controls and other restrictions on activities. Meanwhile, a significant spike in producer and consumer inflation has further added concerns about the lockdown’s possible impact on Beijing’s economy.

Despite the best efforts of the US government, inflation may not drop to the Fed’s 2% target at least until 2024. The current Russia-Ukraine war has sent commodity and energy prices soaring, making it harder to predict when inflation will eventually slow down. However, the government is doing its best to rein in soaring prices to prevent a likely recession.

Do you think the Fed’s interest rate hikes are necessary to prevent a likely recession? Let us know your thoughts in the comments below.