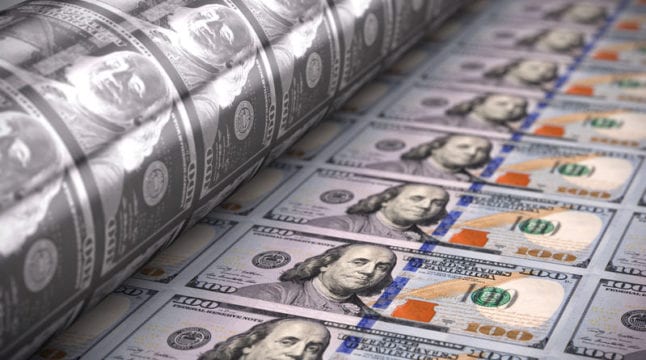 Whatever the end outcome may be, future economists will look back at this period and form new policies accordingly.

Consisting of five Federal Reserve Bank presidents and seven members, the Federal Open Market Committee (FOMC) issued a policy guideline for the next couple of years. In a fragile, debt-based economy, even rhetorical framing holds the potential for impact.

On March 17th, the Federal Open Market Committee (FOMC) took an overview of the state of the economy. Predictably, the Federal Reserve’s chairman Jerome Powell once again reiterated his stance over the last few months.

“The economic recovery remains uneven and far from complete,”

Although framed within optimistic economic parameters, Powell confirmed that the interest rate – Fed Funds Rate – will remain at its historic low between zero and 0.25%. This should last for at least two and a half years, until the end of 2023.

Likewise, the Fed will continue to buy between $80 and $120 billion in Treasury bonds every month until both inflation and employment numbers improve. The inflation should run above 2% for an unspecified time period until there is a change in these policies. The Fed projects economic growth of 6.5% this year and a drop of the unemployment rate from 6.2% to 4.5% by the end of 2021.

However, it seems that the fungibility of unemployment statistics was taken into account. Otherwise, the Fed’s policy statements would’ve likely been more outwardly coherent.

How Many Jobs Need to be Recovered?

According to official tracking, close to 10 million jobs need to be recovered from the pre-lockdown level. Thus far, from the severe drop within the last year’s first half, 58% or 12.9 million jobs have recovered. It remains dubious if over 160,000 shut down businesses will ever recover due to the complete reworking of social mores and drain of capital.

In Biden’s first stimulus package, there was no special consideration for the Paycheck Protection Program (PPP) extension, of which only $142 billion remains for funding. Instead, the bill only added $7.25 billion to PPP and an extra $25 billion for restaurants and bars. Comparatively, this is only a fraction of the $75 billion dedicated to the vaccination program, for a virus that severely affects the obese and/or elderly, both for whom vaccines also pose a risk.

Another concern is that the money set aside for unemployment benefits is under relentless fraud assault. According to the Labor Department inspector general’s office, about $63 billion in unemployment aid has ended up in the wrong hands. Meanwhile, many states still labor under economy-crippling restrictions for which there is no rational basis.

All of these hidden factors may explain the Fed’s disparity between prolonging record-low interest rates while proclaiming officially positive economic indicators. As far as other predictions go, the Fed tweaked its previous inflation forecast, from 1.8% to 2.4% by the end of 2021. Nonetheless, Powell expects the inflation spike to be temporary.

Wall Street continues trading as nothing unusual is happening. Following the FOMC’s forecasts, the S&P 500 closed with 32 points up, or 0.8%, to 3,974, on the day of the announcement. However, ten-year Treasury yields dropped to 1.64% from 1.66%. Most tellingly, Bitcoin surged by over 4% at the announcement that the Fed will continue to devalue USD.

As previously noted, this may signal hedge funds to join MicroStrategy in its bet against the dollar. In turn, Bitcoin’s bullrun could be spurred beyond the recently reached ATH price of $60k last Saturday, becoming the new low range by the end of the year. After the $1400 stimulus checks are distributed by the end of March, this too may spike Bitcoin’s price.

However, there are some indicators pointing in the direction of many Americans expecting another round of nationwide riots. With so many factors working against social cohesion, stability and economic productivity, the Fed’s cautious and reserved stance seems justified.

Do you expect 2021 to end worse or better than the previous year? Let us know in the comments below.