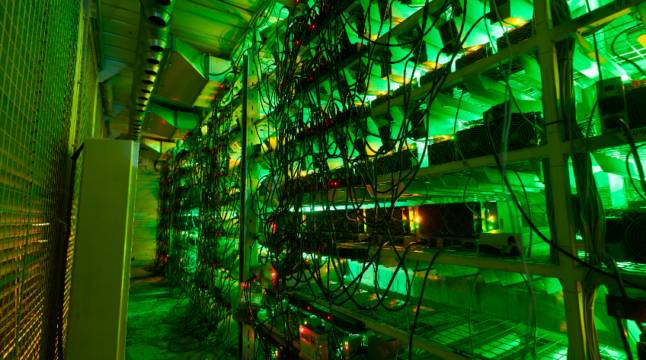 Bitcoin mining hash rate surged to a new all-time high of 240.08 million th/s amid in spite of the ongoing crypto downturn.

The Bitcoin mining hash rate reached a new peak of 240.208 million TH/s Sunday, according to the crypto trading firm Blockchain.com. The new record high comes in the midst of a crypto downturn which has pushed market prices down to multi-year lows.

Bitcoin mining hash rate hit a new all-time high (ATH) of 240.208 million terahashes per second (Th/s) on Oct. 2, as per data by Blockchain.com. In contrast, the price of the number one cryptocurrency is struggling to break above the $20,000 threshold, currently trading at $19,205.

The new data suggests that Bitcoin miners remain generally unaffected by the ongoing crypto winter. The downturn has battered crypto prices and non-fungible token (NFT) sales in recent months, with Bitcoin and Ethereum losing more than 50% of their value in the past six months.

The recovery in Bitcoin’s mining hash rate started in mid-August. Since then, the world’s largest cryptocurrency surged more than 20% in terms of hashing power. The mining hash rate refers to the total computational power used to mine and handle transactions on the Bitcoin network.

A new hash rate all-time high comes just months after several major mining companies faced margin calls due to a steep drop in BTC amid the broader market downturn. The cost of energy and equipment to mine Bitcoin did not drop in a similar fashion. Crypto miners accumulated more than $4 billion in debt in July, the reports showed at the time.

Due to such conditions, crypto mining firms were forced to sell millions of dollars of their bitcoin reserves to address the accumulated debts. The bitcoin mining hash rate plummeted by over 10% in June as firms stopped using their older mining machines due to their low profitability.

Meanwhile, Ethereum Miners Turn to ETHPoW After the Merge

The crypto mining game has also been significantly affected by Ethereum’s Merge earlier this month. The Merge, arguably the most important development in the crypto industry in 2022, saw Ethereum transition from the Proof-of-Work (PoW) model to Proof-of-Stake (PoS).

Since the Merge, Ethereum has stopped relying on miners and the blockchain’s transactions are now verified by so-called ‘validators’. The shift to a PoS consensus mechanism is expected to reduce Ethereum’s carbon emissions by more than 99%, addressing one of the most-criticized aspects of cryptocurrencies.

But shortly after the Merge, the mining community proposed a hard fork of Ethereum’s network that would allow an individual copy of the existing ETH mainnet to continue with the PoW model. As a result, EthereumPoW (ETHW) launched just a day after the Merge.

Do you think the Bitcoin mining hash rate will rise further after the bear market ends? Let us know in the comments below.