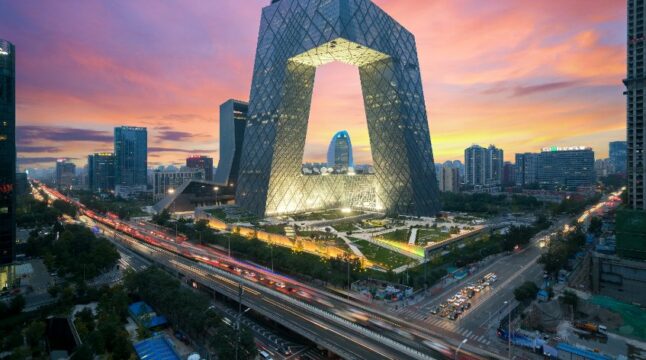 Beijing Plans for a $7.5B Virtual Humans Industry Using Web3 By 2025

The city of Beijing is planning to create a $7.5 billion virtual human industry by 2025 through the use of Web3 technology.

China’s capital Beijing is looking to develop a $7.5 billion virtual human industry in the following three years using Web3 technology, according to a document released by the Beijing Municipal Bureau of Economy and Information Technology last week. The document did not address the specifics of the Web3 features virtual humans will carry, though it noted Beijing wants to examine making blockchain-powered “trading platforms for what it calls digital human data factors, such as models, skins, and textures.”

The Beijing Municipal Bureau of Economy and Information Technology released a document last week saying it is planning to create a virtual human industry worth 50 billion yuan (US$7.5 billion) in the next three years utilizing the Web3 technology, which is yet to be properly regulated in China. Beijing authorities said they intend to develop one or two major virtual human companies by 2025 with revenues of more than 5 billion yuan each, plus 10 more companies that would secure 1 billion yuan each.

The virtual human industry would also incorporate a Web3-based technological system, business model, and governance framework, the document states. Web3 represents an innovative idea of a decentralized internet powered by blockchain technology including cryptocurrencies and non-fungible tokens (NFTs) – a market that flourished last year. China also unveiled plans to launch its own version of NFTs last year amid the market boom.

Beijing’s government did not outline specific Web3 characteristics the virtual human industry will have, but it did mention that the capital is considering creating blockchain-based trading platforms for what it refers to as human data factors like “models, skins, and textures.”

The document also noted Beijing’s intentions to nurture Web 3 intellectual property companies to enhance the industry’s ecosystem. Virtual humans and artificial intelligence (AI) avatars continue to gain traction in China as local online entertainment companies explore new growth sources. Earlier this year it was reported that venture capital (VC) funds invested billions of dollars in Web3 in 2022, while the global metaverse market is expected to hit $1.5 trillion in value by 2029.

Beijing’s 3-year virtual human industry plan is the first ever initiative of its kind in China. However, the country’s authorities have already voiced their support for creating virtual humans in the past.

China’s media regulator previously said it intends to expand the use of virtual humans in the country in its 14th five-year plan. China’s state news media have praised virtual humans for their ability to avoid scandals and controversies – a typical occurrence among real celebrities.

To facilitate the development of virtual humans, Beijing plans to make several important moves in the future including outlining industry standards, backing the development of modeling and rendering software, as well as virtual reality (VR) solutions. The city’s government also said it wants to expand virtual human applications at Beijing’s key tourist locations.

What do you think about Beijing’s latest plan to create a virtual human industry? Let us know in the comments below.