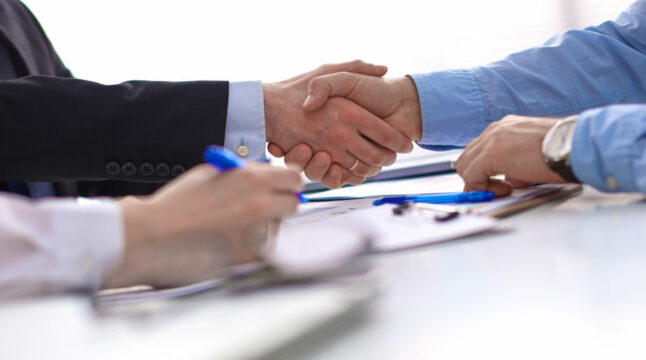 Crypto funds continue to invest in Web3 companies even in the face of rising market uncertainty.

Despite uncertain market conditions, VC investments in Web3 initiatives remain uninterrupted. In fact, with a total of 182 project fundings, February has set a new record—and investments categorized as Web3 account for the majority of that investments.

According to data accumulated by cryptocurrency research firm Delphi Digital, crypto VC funds remain hungry for deals even with the rising market uncertainty. In the second month of the year, VCs invested in a total of 182 projects, the majority of which were described as Web3 initiatives.

“These valuations are very high. Five years ago, Web 2.0 companies would not have gotten these types of transactions.”

So far this year, the largest fundraising round was by Citadel Securities, which received a $1.15 billion combined minority investment from VC firms Sequoia Capital and Paradigm. The partnership with Paradigm, an investment firm focused on crypto firms, signals Citadel Securities’ shift toward new asset classes such as crypto.

In another notable fundraising round, Luna Foundation Guard raised $1 billion through the sale of LUNA tokens. Jump Crypto and Three Arrows Capital led the round with participation from prominent VC firms like DeFiance Capital, Republic Capital, GSR, Tribe Capital, and others.

Switzerland-based blockchain startup ConsenSys and Aptos Labs, a Layer 1 blockchain, are the latest big names in Web3 to secure impressive raises so far this year. ConsenSys has raised $450 million at a valuation of over $7 billion, while Aptos has closed a $200 million “strategic” investment round.

Who is Investing in Web3 Companies?

Web3 firms have been receiving huge attention from big investors. As reported, crypto VC funding increased by 445% in 2021, reaching the $30 billion mark. Henri Arslanian, crypto leader and partner at PwC, even claimed that there is some degree of competition among VCs when it comes to crypto businesses. He said:

“Let’s say they’re looking at a deal and they believe it’s worth $10 million, and you’re seeing large VCs come in and put a bid in for a higher valuation. This is happening a lot with very early-stage companies, say, $5 million to $20 million — the prices are being inflated.”

Among these, Andreessen Horowitz (a16z) has been most active in funding crypto and Web3 projects. Most notably, the fund has invested in top crypto projects Protocol Labs, Polychain Capital, and Opensea. Moreover, the firm announced a 4.5 billion dollar fundraising campaign earlier this year, which will be focused solely on Web3 and crypto companies.

According to its website, a16z is a “long-term, patient” investor with a focus on technology and fundamentals, which describes why it has been an early investor in technology companies. Moreover, the firm might view Web3 as the next iteration of the internet. Other VCs are arguably betting big on Web3 firms for the same reasons.

Meanwhile, despite the inflated interest in Web3 companies among investors, this new technology is still largely unknown to those outsides of crypto. A recent survey by polling agency Morning Consult has revealed that fewer than one-third of ordinary Americans have heard of DeFi and Web3.

Do you think the majority of Web3 companies would be able to live up to the hype? Let us know in the comments below.