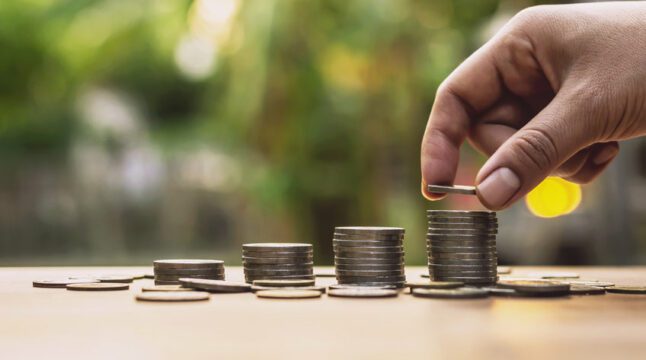 AVAX and SOL TVL Outperform Ethereum By 2,800% As Layer Ones Heat Up

For the longest time, Bitcoin and Ethereum have been garnering a reputation for making millionaires. However, as they’ve reached high market caps, less known smart contract platforms are increasing the competition by upping the yield game.

When Vitalik Buterin, the co-founder of Ethereum, came up with the concept of blockchain trilemma, it was taken for granted that there is some degree of tradeoff between scalability, security, and decentralization. Meaning, if there is a focus on one feature, the other two will be downgraded.

Although there are some caveats to the blockchain trilemma, it serves as an illustration of problems we have already seen in action. For instance, as Ethereum became more popular, it attracted more traffic. In turn, more traffic led to more network congestion resulting in higher ETH gas fees. To solve this, Ethereum started to offload transactions off-chain, otherwise known as layer 2 solution or rollups.

Layer 1 is the blockchain as we know it – immutable and decentralized – while layer 2 is an added network on top of layer 1 to handle transactions. When they are executed on layer 2, the transaction data is integrated back into layer 1. In other words, layer 2 is the scalability that relies on layer 1’s core feature of security.

In the same manner, Bitcoin resolves its scalability issue with the Lightning Network as a layer 2 solution, which made it possible for Twitter to integrate Bitcoin for tipping.

The Impact of Scaling Token Value

Bitcoin and Ethereum both employ layer 2 solutions to onboard more users. However, other blockchains have been developed as independent, without the need for additional layers. When Ethereum suffered its worst network congestion yet in May 2021, Binance Smart Chain (BSC) was the biggest beneficiary, having surpassed Ethereum by almost 600% in trading volume.

BSC is more centralized than Ethereum. This makes it faster, as fewer nodes are needed to verify transactions. In addition, BSC uses proof-of-staked Authority (PoSA), while Ethereum is still heading towards proof-of-stake (PoS) for the ETH 2.0 upgrade. Solana (SOL) too is a beneficiary of Ethereum’s exorbitant gas fees, having outperformed ETH by over 500%.

Like BSC, Solana doesn’t use layer 2 solutions. In the words of Anatoly Yakovenko, the CEO of Solana, the issue of scaling doesn’t just revolve around transactions per second (TPS).

“Layer-2, sharding, etc.. doesn’t scale censorship resistance, just application TPS. The core of what we are doing with every performance optimization is scaling the min set of nodes that can censor the network. That set had to be super connected. And the only way to scale it is with hardware, because you need more signatures, more messages, more packets.”

In a separate answer to /r/Solana questions he said:

“Our goal is to be the worlds price discovery engine for everything. There is no way that will happen without censorship resistance.”

Layer 2 may solve the issue of scalability but also introduces a new problem – L2 interoperability. Meaning, a dApp using one L2 solution may not work with another. This creates a fragmented ecosystem that could be fertile for code exploits and attacks on the network.

However, not relying on rollups is just one of the reasons layer 1 tokens have outperformed Bitcoin and Ethereum over the last six months.

The Success of L1 Tokens Explained

Although Ethereum has raced ahead to hold the dominant market share among smart contract platforms, it is still early in the game. After all, it has been just over a year since the total value locked (TVL) in DeFi was hovering around $1 billion, compared to the present value at over $100 billion. Moreover, both Bitcoin and Ethereum have reached certain price thresholds that will be difficult to overcome.

For example, if Ethereum were to have a 2x gain, price would have to double at around $6,000. That may be possible in the long run, but is not feasible in the shorter term. In contrast, L1 Solana (SOL) has achieved 6x gains in the last half a year simply because its potential had yet to be tapped. Likewise, if you had bought $5,000 worth of Cosmos (ATOM) at the beginning of the year, you would now have about $24,750 worth of ATOM to sell.

Although much of this is as of yet unexplored territory, rivaling Ethereum blockchains – Solana (SOL), Avalanche (AVAX) and Cosmos (ATOM) – represent a return to high yields within a short time span.

Although both market cap and TVL metrics have their issues, the mcap/TVL ratio is a good indicator of an asset’s value. Courtesy of data from DefiLlama, if we take token prices and TVLs from the end of March to press time, we arrive at the following comparison:

Nonetheless, even if we take TVL as a metric that indicates money moving around between protocols instead of representing new user growth, it is clear that Ethereum keeps paying for its high fees and a protracted transition into ETH 2.0.

Do you think Ethereum’s network effect will keep its momentum as the king of dApps? Let us know in the comments below.