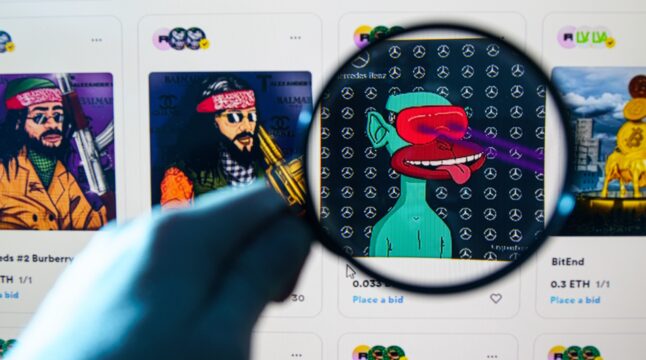 Aptos got a lot of flack from the crypto community on launch. However, the token has seen a surge in price driven by NFT demand.

In just four months since the Aptos (APT) mainnet launched, the novel layer-1 network achieved its all-time high over the weekend. On Sunday, the chain’s native APT cryptocurrency reached $14.48. This is a 368% increase from Aptos’ (APT) all-time-low in December and a 70% increase since its October launch price of $8.5. At a $2 billion market cap, the latest APT rally places the Aptos network as the 31st largest cryptocurrency, just ahead of ApeCoin (APE).

The question is, what is driving Aptos’ rally after a somewhat botched launch in October?

On January 20th, Binance announced that it would launch its much-anticipated Aptos liquidity pools, consisting of APT/BTC and APT/USDT trading pairs. This way, users can add funds into liquidity pools in return for a yield, otherwise known as yield farming. As the world’s largest exchange at $20B daily volume and ~60% market share, Binance is the gateway into crypto ecosystems.

Some notable NFT collections on Aptos are AptoPunks, Spooks, BabyApetos, MAVRIK, and Kreachers. If some of them sound familiar, AptoPunks is an Aptos take on the blue-chip CryptoPunks, having the largest trading volume increase at over 2,500%. With AptoMonkeys, BruhBears, and Aptomings, the Aptos network has experienced a surge in user transactions.

Peaking at an all-time high, user transactions reached 176k on Saturday. This was a precursor to Sunday’s all-time-high APT price hitting $14.48. However, this is still far from Ethereum’s daily transactions, which typically reach one million without counting its multiple layer-2 networks.

Nonetheless, Aptos’ NFT trading uptick shows that a significant portion of the crypto market thinks Aptos will become the next Solana. Whether that turns out to be true depends on Aptos reputation in the future.

They had also created Meta’s wallet Navi, which has since been canceled alongside Diem. In January 2022, Silvergate Bank bought Diem’s intellectual property and technology assets.

Fundamentals Behind the Aptos Hype

Like Solana aimed to upturn Ethereum’s dominance with next-gen performance, so does Aptos. Without relying on layer-2 solutions, Aptos is a layer-1, proof-of-stake blockchain just like Solana but with a twist. Aptos has a modular architecture and a parallel transaction engine (BlocksSTM) to increase network throughput.

Aptos validators can be active or inactive, with light and full node clients that replicate transactions, while light nodes, such as wallets, maintain validators. This node segmentation, parallel transaction, and concurrent transaction execution allow Aptos to achieve theoretical 160,000 transactions per second (tps).

In real-time, however, Aptos Explorer shows the network’s performance at typically eight tps, averaging at 15 tps over the last month, comparable to Ethereum. Of course, there needs to be a traffic uptick to showcase Aptos’ capability.

As resource objects, signers register transaction data to a wallet address without being able to be copied, i.e., spammed. Therefore, only users’ accounts store resources, which enables both decentralization and security.

Typically, crypto projects announce their tokenomics well in advance, so potential investors know what to expect. Aptos Labs chose to go against the grain. For better or worse, this generated much FUD on social media, with many speculating it was a marketing gimmick.

After all, the value of each token is highly determined by its emission schedule and total supply. Post-launch, on October 18th, the Aptos Foundation published its tokenomics. APT tokens’ total maximum supply is 1 billion, divided as follows:

Presently, there are only 159.3 million APT tokens in supply, at ~16% of the total supply. The entire 1 billion APT tokens will be unlocked on October 13, 2032, following its vesting schedule.

Due to the heavy investment of VC firms, they may drive some rallies in the future, just as it happened with Solana. The goal is likely to increase Aptos usage so that APT tokens eventually outpace ETH usage as they are unlocked. Otherwise, the demand would fall back from the unlocked supply, lowering the APT price in turn.

Do you think Aptos has what it takes to become an accurate “Ethereum Killer”? Let us know in the comments below.