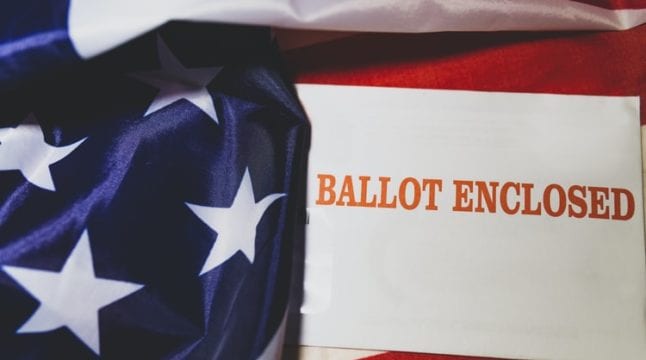 Dominion Voting Systems received a $400 million investment. Here's what we know so far.

Some claims have surfaced suggesting Dominion Voting Systems—the company that provided voting hardware and software used in 28 states during the most recent US presidential election—was under majority Chinese ownership. While this isn’t exactly the case, SEC-filed paperwork indicates a connection of some kind.

On December 1, Trump-hired attorney Lin Wood first revealed that China bought Dominion for $400 million. Despite providing the SEC form D for this claim, it was not quite correct. Namely, the link between Dominion and China was not as straightforward as Wood first claimed. However, the convoluted chain of links does connect Dominion to China in some way:

On top of all that, a day before Lin Wood’s tweet, 12 out of 15 UBS board members quit their positions. Among them was Ye Xiang. Another most recent individual to walk away was Cheng Yixun, a financial expert from Chinese’s Thousand Talents Program and the ex-CEO of Beijing-based UBS Securities Co. Ltd. Interestingly, the Thousand Talents Program has been widely covered by the US media as a security threat to America’s national interests.

Things don’t end there, as Dominion itself had Chinese insiders. Among them is Andy Huang, the Dominion’s Core Infrastructure Manager of Information Technology. Andy previously worked for China Telecom, from 1998 to 2002. Needless to say, such vital companies are tightly controlled by the Chinese government.

Why is This Important?

Soon after President Trump took office, his presidency was brought into question under the framework of allegations widely known as Russian Collusion or Russiagate. Ultimately, no evidence was found.

However, the prolonged Russiagate saga did firmly establish that even a possibility of foreign election tampering erodes its legitimacy. The emerging Dominion scandal, if it turns out to be significant, holds much more of such legitimacy-eroding elements than Russiagate ever attempted to establish.

After all, Dominion voting machines were used in 28 states. More importantly, they were used in almost all swing states.

Could this Negatively Impact the Economy?

Considering that the Federal Reserve is the most important US institution, it doesn’t matter who ends up being the President. Across the US Treasury, the personnel of both administrations are likely to follow the same Modern Monetary Theory (MMT) guidelines, aimed at maintaining financial stability.

Much will depend on the judicial system if it deems the surfacing Dominion concerns sufficient enough for an election do-over, or some other scenario. Ordinarily, DoJ and the FBI would be in charge of delving deeper into the Dominion-China connection. However, these are the same institutions that initiated Russiagate.

If things go in the direction of questioning the integrity of the recent election, we may see further weakening of the USD. Already, Biden’s presidency is widely viewed as the beginning of the USD falling, based on his policies delivering many concessions in international trade.

Have you invested in Bitcoin to soften the USD weakening against other currencies? Let us know in the comments below.

Majority of Board Members of Crypto Exchanges Must be Citizens: Indonesia’s New Rules