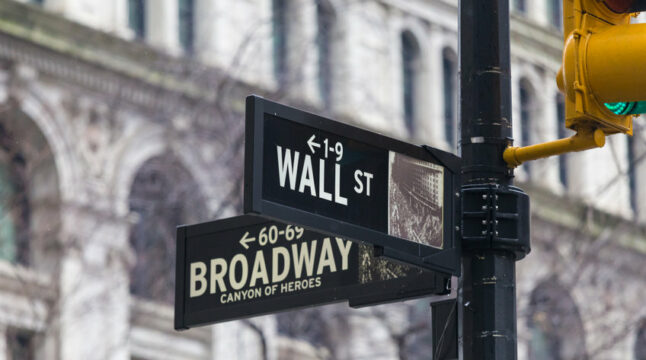 The ongoing drama in the WAVES blockchain caused its dollar stablecoin to lose its peg and trade at $0.855.

Neutrino dollar (USDN), the algorithmic stablecoin of the WAVES blockchain, has lost its US-dollar peg according to data from Chainlink. After initially de-linking from its peg, the USDN lost more than 15% on Monday morning, trading at around $0.83. However, it fell further, dipping to about $0.725 before rallying back to $0.814.

Consequently, WAVES, the inflationary native token of the waves ecosystem, fell by more than 23% to $34.76, according to Coinmarketcap. This March, it was one of the best performing digital assets with a market capitalization of over $1 billion as it surged by about 200%.

Waves CEO Sasha Ivanov has moved quickly to debunk accusations about the protocol being a Ponzi scheme. Pseudonymous analyst going by @0xHamZ had earlier accused the protocol of engineering price spikes by borrowing USDC to purchase its native token. He went on to warn that a crash in the surging price of Waves was imminent, and the USDN would be the cause.

Ivanov was quick to accuse the Sam Bankman-Fried led Alameda research of manipulating WAVES price after the price slump. He claimed that Alameda borrowed funds on the Vires.Finance protocol to short WAVES and organized coordinated FUD campaigns to boost its position.

Subsequently, FTX’s CEO denied the allegations calling it a conspiracy theory. Although not revealing much further, Alameda’s co-CEO Sam Trabucco gave a hint about what his company may have been doing. He urged crypto enthusiasts to look at WAVES funding rates via a tweet.

Funding rates refer to the amount paid out to traders who take long or short positions. Essentially, if most investors are long, they pay a small portion of their open trades to those who are short. When this happens, funding rates may rise, giving those shorting the token a potential source of funds. The perpetual token’s price is kept in sync with the spot price through this approach.

Consequently, in the ongoing Alameda situation, the funding rates were negative. As a result, the investment firm most likely took a long position to profit from the high negative rates. However, the investment firm may have also hedged that position by selling the token on the spot market. If it had done so, they would have been able to profit from the funding rates while limiting risk.

Following the public spat between both companies, a new proposal supported by Ivanov was put forward within the Waves community. The proposal invites the community to vote on a 0.1% liquidation rate for those who borrow WAVES and USDN on Vires Finance.

This would target Alameda’s funds, and if successful, the hedge fund managers may have to buy 650,000 WAVES ($30 million) to preserve its position.  The proposal, according to Ivanov, would protect the Waves community from greed as the 0.1% liquidation rate forces short-sellers to unwind their trades.

However, the new proposal, which voting is supposed to commence today and last the next five days, has met stiff criticism. Several community members pointed out that Vires.Finance users will bear the brunt of liquidations if the proposal passes. Others called the proposal terrible and questioned why the protocol needed to be changed to target one entity. Crypto Twitter was not left out. Enthusiasts called it a “rug pull” on everyone who utilized the platform and an attempt to corrupt the system in favor of insiders.

Despite the outrage, several community members have come out to support the proposal. With the controversy raging on, Vires.Finance has continued to lose liquidity, with investors losing confidence in the platform. Data from Defi Llama show that the total value locked on the platform has plummeted from a record $1.26 billion to $890.95 million.

Do you think the Waves protocol should target one single entity to the possible detriment of its users? Let us know your thoughts in the comments below.