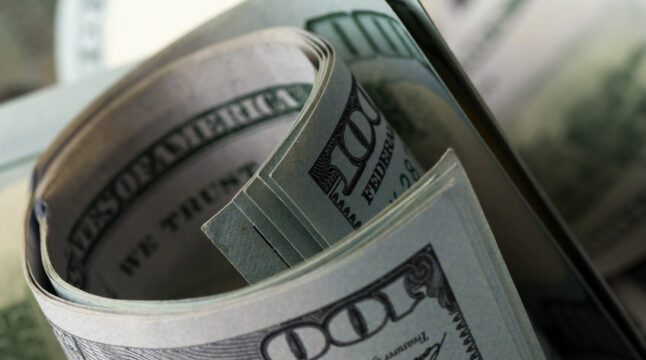 As the crypto’s wild west inches to a closure, stablecoins with the highest regulatory compliance are likely to gain the biggest advantage. 2021 demonstrated this trend with USDC steadily eroding USDT’s market share.

As is the tendency in markets, the first one to meet the demand, is the first one to gain market dominance. This is what happened with Tether’s stablecoin, USDT, which was initially launched as RealCoin in July 2014 by Tether Limited in Hong Kong. Today,  USDT makes a lion’s share of total stablecoin supply, at 53% ($82 billion) of $143.1 billion.

However, due to doubts cast over Tether’s USD collateralization, more regulated stablecoins are gaining prominence. Among them is USD Coin (USDC), co-founded by Circle and Coinbase. Last August, under the umbrella of the CENTRE Consortium, the companies increased their USDC cash reserve in a bid to become the go-to stablecoin and dethrone Tether.

In the meantime, the Commodity Futures Trading Commission (CFTC) had to slap Tether with a $41 million fine in October over its false claim that the stablecoin is fully backed by USD. The company’s shady tactics have continued since, failing to instill confidence among institutional investors.

For this reason, USDT has suffered a steady decline, going from 75% dominance at the beginning of 2021 to the present 53% stablecoin market share, ceding the ground to USDC. Most recently, USDC has even surpassed USDT on Ethereum, the largest DeFi ecosystem consisting of 2,912 dApps. The balance has now shifted to $40.36 billion (USDC) vs. $39.83 (USDT).

While this growth is impressive for Circle and Coinbase’s USDC stablecoin, when we zoom out, there is more to this picture than meets the eye.

Although TRON blockchain only offers 88 dApps in its proof-of-stake ecosystem, it is known for its minuscule transaction fees compared to Ethereum. As a result, the number of transactions for USDT on TRON far exceeds that on Ethereum.

In other words, ETH gas fees caused USDT to equally split its supply volume across Ethereum and Tron. Therefore, the slight USDC dominance on Ethereum is only half of the picture.

However, it is notable that USDC has a 2.5x advantage over USDT on Solana, Ethereum’s most prominent alternative, at $4.79 billion (USDC) vs $1.89 billion (USDT).

Overall, when accounting for the blockchain spread, USDT has nearly double the advantage of USDC, which is still heavily concentrated on the Ethereum blockchain.

If we take a look at the trading volume of the top 7 stablecoins, USDT is leagues ahead of USDC, with the former in use over 15x more. On a daily basis, even the third-ranked stablecoin, Binance USD (BUSD), has a greater trading volume.

In that case, UST holders can sell the stablecoins for a nice profit, which also decreases its supply and rebalances the peg equilibrium. Likewise, they can swap UST for LUNA to the same effect. Such a system, in which the collateral is based on LUNA, has infinite scalability, further driven by lower transaction fees than on competitive Visa/MasterCard networks.

So far, built on top of Terra’s blockchain is the South Korean Chai payment dApp with over 2.5 million users, and Mongolian MemePay wallet, an upgrade to MemeChat messenger app. Thanks to its stablecoin, Terra’s increased utility has made it one of the best performers in 2021, its native Luna gaining 14,000% appreciation.

Interestingly, another algorithmic stablecoin, Dai (DAI), is partly backed by ETH and USDC. Dai is the most decentralized stablecoin relying on MakerDAO smart contracts to maintain the peg to USD. Initially, the reserve peg included only ETH but expanded to BAT, COMP, wBTC, and USDC after November 2019. This makes it stand apart from the crowd, reserving a special mention in November’s PWG report.

Predictably, because of its native smart contract origin and crypto reserves, this made DAI the dominant smart contract asset, often having the highest yield farming APY among stablecoins locked into Ethereum’s dApps.

Is USDT Heading for a Downfall?

Although consolidated total assets amount to at least $69.15 billion, they consist of a variety of USD cash proxies: commercial paper (unsecured short-term debt), treasury bills, certificates of deposits, and repo notes. Actual cash and bank deposits accounted for only $7.2 billion, or 10.4% of total collateral.

Nonetheless, Tether’s market dominance is not likely to go away anytime soon. Thanks to its low fees and free USDT deposits/withdrawals, it is a magnet for retail and institutional investors alike.

Conversely, Coinbase, as the largest North American crypto exchange and publicly traded company, can afford to forgo fees when converting USD to USDC. Nonetheless, by far the highest volume traffic makes Tether a reliable money-making vehicle to shore up its reserves in the future.

Furthermore, there is a very low risk of a bank run, a situation in which the bulk of investors would suddenly decide to abandon their smart contract crypto holdings and convert USDT to fiat money.

With that in mind, if Tether doesn’t ramp up its regulatory game in the US, USDC and USDP are bound to gain even greater stablecoin market shares sooner rather than later.

As Kevin O’Leary pointed out, it still remains true that holding fiat money as stablecoins generates much greater yields. Which is your favorite platform that replaces your bank savings account? Let us know in the comments below.