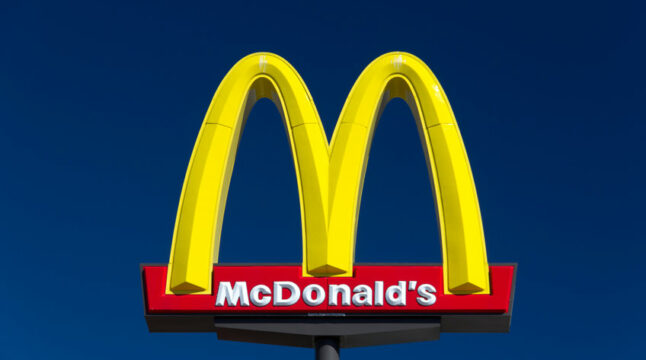 Trademark Filings by McDonald’s Reveal its Plans For the Metaverse

According to the filings, McDonald’s also plans to operate a virtual restaurant featuring “virtual and actual food”. It also intends to organize various entertainment events like concerts in the metaverse.

McDonald’s has a playful history with the cryptocurrency community. The company is often used as a meme for traders who lose money in any market downtrend. Famous crypto proponents, including El Salvador’s president Nayib Bukele, have used McDonald’s as a joke.

Bukele, whose country continues to forge ahead with its Bitcoin adoption despite the International Monetary Funds’ (IMF) warning, briefly changed his Twitter profile to that of a McDonald’s employee. This was a playful reference to the recent market correction.

The company seems to be enjoying all the attention it gets from the crypto industry too. Recently, Elon Musk, whose company Tesla now accepts Dogecoin for some items, urged McDonald’s to receive payments using the meme coin. He also promised to eat a happy meal live on TV if they did. In response, the fast-food restaurant said it would only make the change if Tesla also accepted a then-non-existent currency called “Grimacecoin”.

Although an obvious joke, several crypto tokens named Grimacecoin sprung up across several chains shortly after the tweet. The version on PancakeSwap soared 285,000% in its first 24 hours of existence before slowing down and was the largest gainer of this batch.

Several other crypto projects with seemingly close links to the fast-food franchise have also sprung up. McDonaldsCoin (MCDC) is a popular one among them. It powers a community-driven DriveThru game, however, the restaurant does not officially endorse any of them.

Aside from being a source of humor in crypto, McDonald’s had tried several experiments with NFTs before. In honor of McRib’s 40th anniversary, the fast-food chain created its first NFT and gave it out to fans on Twitter.

More recently, McDonald’s joined forces with Humberto Leon – Co-Founder of fashion brand, Opening Ceremony, to create a zodiac collection in the Metaverse. The partnership in honor of the Lunar New Year will allow fans to celebrate the Year of the Tiger in the Metaverse.

The Chinese New Year, also known as the Spring Festival, is one of the most important holidays in the world’s most populous country. It signifies the beginning of a new lunar cycle, and the festivities might last up to 15 days.

Its latest trademark filings see McDonald’s join other global companies like Adidas and Nike in entering the metaverse. It would be interesting to see how the fast-food chain pulls off its entry. However, if it successfully launches its own virtual restaurants, it would open up endless possibilities for the food sector that is yet to fully catch the crypto fever.

Do you think McDonald’s would successfully implement its metaverse plans? Let us know your thoughts in the comments below.