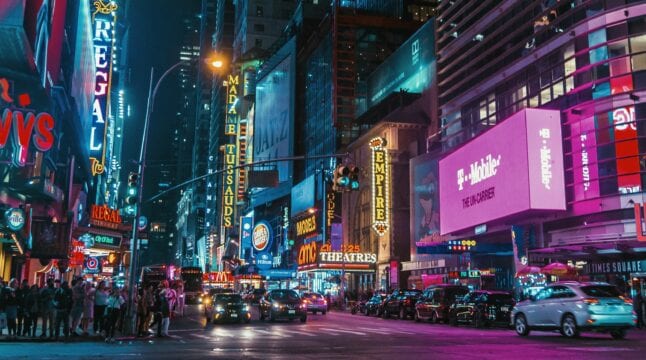 A recent SEC filing from AMC has created quite the stir among retail traders.

Amid heightened margin trading requirements and greater scrutiny on GME/AMC stocks, investors continue to look under every rock for signs of institutional trickery. A theory which was notably gaining attention by retail investors stemming from a recent AMC filing and Silver Lake’s convertible notes was believed to have larger implications than what is now known.

For the last couple of days, retail investors that comprise the so-called ‘meme’ stock circle of social media have been abuzz with the #AMCBonds hashtag. Although worrying at first, it didn’t quite pan out as vigilant retail traders first framed it.

As, the Tokenist reported last week, AMC/GME stocks continue to see serious traction among traders as market participants across the board prepare the playing field for a potential short squeeze—a situation that started back in January. To understand why this is the case, revisit the concept of MOASS (Mother of All Short Squeezes) and how it relates to purported naked short selling and fail-to-deliver stocks.

If you already grasp these terms, then you will have no trouble understanding why the #AMCBonds alert gained traction. First, let’s take a look at the timeline:

1. When AMC Entertainment Holdings, INC. filed an S-3 form on December 14, 2018, the company entered a contract with Silver Lake which involved $600 million in the form of senior convertible notes, set to first mature on September 15th, 2024 at a 2.5% interest rate. Silver Lake is a well-known, California-based hedge fund with $83 billion AuM (assets under management).

2. During January’s short squeeze, Silver Lake converted those notes into AMC Class A common stock, as reflected in an 8-K form report.  This was on January 27th, amid AMC’s highest price point since September of 2018. At the time of the conversion, AMC stock was at $13.51.

3. On the day of the AMC rally, Silver Lake then sold the shares, making out with $713 million. During the same week, AMC also benefitted from the rally by selling $304.8 million in shares, thus raising enough capital to survive the lockdowns.

The Full Story with #AMCBonds Explained

Now, here is what brought the #AMCBonds concern to the forefront of social media. AMC filed a request with the SEC on June 27th to withdraw registration of the initial S-3 form – senior convertible notes – filed in 2018. Some investors interpreted this filing as a recall of all outstanding convertible notes.

This would have mattered if Silver Lake had shorted AMC by using its bonds, which are paid out ahead of equity holders – so-called “apes” in this scenario. In fact, this would indeed be a lucrative instrument to bet on AMC facing a bankruptcy, at a profit to the short seller—while also circumventing those who are holding against short sellers.

Instead, Silver Lake placed a long position—betting on the stock to rise—which it then executed on January 27th. Moreover, AMC’s June filing clears the contract with Silver Lake, as it leaves the theater company with $600 million less debt.

In this sense, AMC’s request on June 27th is more of an update to its balance sheet than anything else—and an accurate one at that. At the end of the day, $600 million less debt for AMC is likely viewed in a positive light by existing shareholders.

What are Convertible Notes?

Convertible notes are a type of bond, which is a type of debt security that converts into equity. While stocks differ from bonds in many ways, convertible notes serve as a capital-raising instrument by combining equity and debt.

This third element is a conversion provision. This is exactly what happened when Silver Lake converted its debt into equity – AMC’s class A common stocks. The “senior” part just means that those particular notes are prioritized over other debt securities. We’ve seen a similar situation with Michael Saylor’s heavy investment into Bitcoin, where he is seemingly employing a strategy to periodically sell convertible notes.

One could say this is the cutting edge of leveraging novel financial mechanisms like convertible notes. Saylor is effectively selling them as debt – an unsecured loan – to buy more Bitcoin.

Most of the recent headlines involving Saylor and convertible notes usually features his company creating debt—by selling the notes. In the case of AMC and Silver Lake, we saw the opposite.

What happens with $AMC from here? Let us know your thoughts in the comments section below.