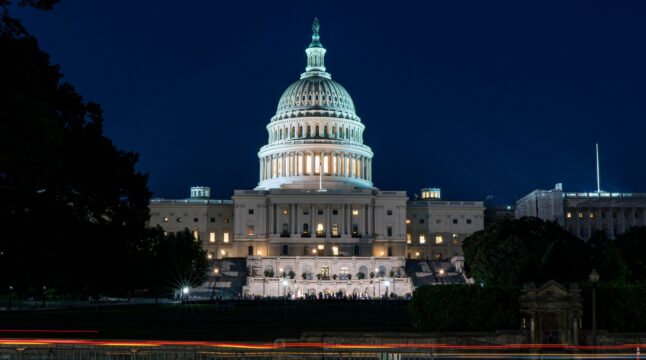 The Senator pressed many of the largest exchanges on how they manage their customers’ assets.

Senator Ron Wyden, the Chair of the Senate Finance Committee, pressed major cryptocurrency exchanges on how they handle their users’ assets. He also requested the companies share how they would protect their customers in case of a catastrophe akin to FTX.

On Tuesday, November 29th, Senator Ron Wyden requested financial data, including balance sheets, from the world’s major cryptocurrency exchanges. He asked Binance, Coinbase, Kraken, Bitfinex, Gemini, and KuKoin both how they are managing their users’ assets, and which protective systems they have in place in case a major catastrophe occurs.

The Senator extensively cited the recent collapse of FTX as the basis for the request. Additionally, Wyden is pushing for a series of federal laws regulating the cryptocurrency sector and believes that had the legislators been more active, the fallout of the implosion of SBF’s empire wouldn’t have been nearly as calamitous for retail investors.

Consumers who entrusted their assets to firms like FTX are discovering they have no protections when companies go bust. As Congress considers much-needed regulations for the crypto industry, I am laser-focused on ensuring real protections for consumers.

Wyden was also curious about the number of companies included in each of the exchanges, possibly prompted by the incredibly convoluted organization of Sam Bankman-Fried’s business. Additionally, the Senator asked whether the exchanges would be willing to participate in an industry-funded insurance fund and whether they have cooperated before to develop customer and investor protections.

The Efforts to Make the Industry Safer for Investors

Both the government and various cryptocurrency companies have been increasing their efforts to make the digital assets sector more secure throughout 2022. These efforts have only been redoubled since many shocking details on FTX’s operations—like the misappropriation of users’ funds—came to light.

Throughout the year, the CFTC has been pushing to have its authority over digital assets expanded. The SEC has also been far from idle and has been extensively criticized for many of its actions as they are often seen as too aggressive both by some voices within the industry and by certain lawmakers.

Quickly after the dire state FTX is in became known, Binance’s CZ started pushing for exchanges to provide proofs-of-reserve. While many companies published such reports since, some, including Kraken’s CEO, have been skeptical of their actual value.

More recently, Binance has been spearheading the creation of a fund aimed at helping digital asset companies pull themselves out of a liquidity crunch. Last week, the company announced it, together with several partners, allocated $1 billion for the initiative.

Do you think the exchanges will agree to Wyden’s requests? Let us know in the comments below.