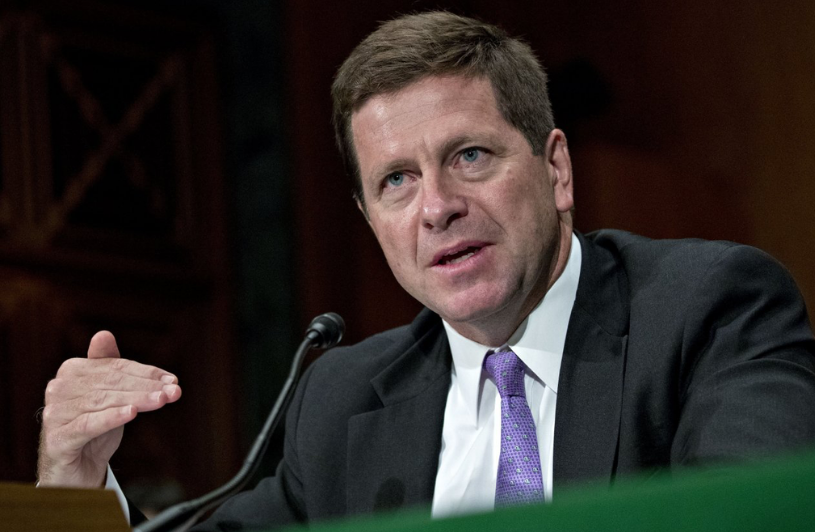 SEC Chairman Lays Concerns to Rest: “Ethereum Is Definitely Not a Security.”

Despite rumors over the SEC ruling Ethereum as a security, the Chairman recently came out with a statement dismissing these concerns. The clarification letter was sent out this week explaining the situation.

Jay Clayton, the Chairman of the United States Securities and Exchange Committee (SEC), has formally denied any concerns over Ethereum being a security.

In a letter of clarification made to Coin Center, the Chairman made clear that Ethereum would never be considered a security in terms of regulations. The letter was co-signed by Congressman Ted Budd.

You might have heard this rumor buzzing around as early as last year. In 2018, the Director of the Division of Corporate Finance, William Hinman, also pronounced Ethereum as not being a security. However, this led to doubts over whether the SEC agreed with his assessment.

“Overall, I believe we have taken a balanced regulatory approach that fosters responsible innovation in this area, while also protecting investors and the markets,” Chairman Clayton said in his letter.

However, there is still uncertainty over whether this means other tokens like Ripple (XRP) are also exempt from securities law.

The SEC has nonetheless been inconsistent on this question. For example, they have largely taken the stance that utility tokens are just securities. They have also been cracking down on crypto broker-dealers who fail to properly register. Regulatory clarity would essentially lift this uncertainty, but it seems that what many analysts in the crypto community are looking for is a new framework altogether.

Although actively discussed in Congress, the thought of a new regulatory framework specifically for security tokens seems to be unlikely for some time.

What do you think of the SEC’s clarification? Does it put this concern to rest? Let us know your thoughts in the comments.