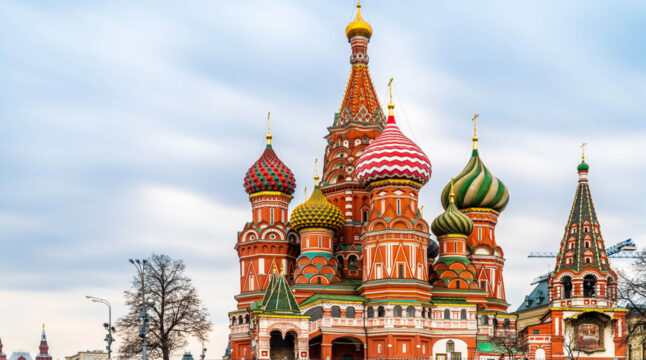 Sanctions imposed by the west make it highly unlikely that Russia will be able to honor its debts.

In the ongoing monetary conflict between Russia and the West, the former suffered a major setback. The Credit Derivatives Determinations Committee (CDDC) ruled state-owned Russian Railways JSC to be in default after a “failure to pay” event occurred.

The International Swaps and Derivatives Association (ISDA) formed CDDC as a mechanism to settle over-the-counter (OTC) international trades in derivatives. ISDA’s market reach lies in its first letter—international—covering 76 countries and over 950 financial institutions, comprised of the world’s most powerful banks.

ISDA’s CDDC reached the default ruling not because Russian Railways JSC couldn’t pay the bond interest, but because they did so in rubles. This constituted a Failure to Pay Credit Event for the Joint Stock Company (JSC) “Russian Railways”.

This puts Russia in a bizarre conundrum. Despite being capable of paying its debt obligations, the embattled nation may be blocked from doing so by Western financial intermediaries. Case in point, S&P Global Ratings imposed “selective default” on Russia this Saturday.

In other words, it’s a sneaky way to brute-force companies/banks into default and cut them off from the international financial system, with the focus on borrowing. Within a grace period of 30 days, starting from April 4th, Russia would have to make the ruble-dollar conversion, which is not likely.

“The situation has reached a stage where a technical default for Russia is now almost inevitable,”

If so, this would mark the Russian debt default for over a century. Although the Russian government imposed a moratorium on debt to international creditors in 1998, it was in 1918 when the Bolsheviks rejected all sovereign debt of Tsarist Russia, which ceased to exist when the royal Romanov family was executed.

According to the Ministry of Finance of Russia, the nation transferred $649.2 million worth of rubles on April 4th. Although this effectively fulfilled the bond payment obligations (Russia-2022 and Russia-2042), ramped-up sanctions foiled the plan.

Ministry of Finance of Russia

How Western Sanctions are Putting Pressure on Russia’s Energy Income

The note from the Russian finance ministry further states that it is the US Treasury guiding these financial intermediaries. With half of its foreign reserve currencies already frozen, Russia tried to make an equivalent payment in rubles. The goal could be to force Russia to divert its substantial energy-based income into ruble-dollar conversion.

By demanding that unfriendly nations pay up for their oil and gas imports in Russian rubles, this created a ruble-boosting effect. Already, the ruble gained nearly the same level as before the Russia-Ukraine conflict intensified on February 24th.

Therefore, because much of Europe is dependent on Russian commodities, its currency was shaping up to be a commodity-based currency, further backed by Russian gold reserves which have drastically ramped up in the last 10 years.

In the end, although Russia could technically avoid the looming default using shady financial tactics, it would erode its currency as it would have to be used to boost the dollar. As a result, many investors are due for a major payout if Russia fails to comply.

$6B Worth of CDS Contracts Could Be Triggered by Russian Default

Credit default swaps (CDS) are derivatives contracts that come into play whenever the other party is in danger of defaulting. Whether it is a business or a nation, a party can buy a protection contract—CDS—against the losses if the other party fails to pay up.

To illustrate, Russia was due for $117 million in interest payments on two US-dollar bonds on March 16th. Because selling pressure overshadows buying pressure on Russian bonds, those who protected themselves with CDS contracts are entering high payout territory.

“Investors who have bought Russia CDS to hedge their bonds will most likely want to be rid of their bonds when their CDS triggers. It is not clear who will want to bid for those bonds. So the likelihood seems that there will be a large open interest to deliver (sell) bonds in the auction,”

After the 30-day grace period, such CDS triggers are worth $6 billion. Just like in 1998, the Russian government could issue a moratorium, which too will trigger CDS contracts. However, this emergency unilateral action would free Russia to divert payment obligations into other areas.

In the meantime, both China and India, with their many allied nations that altogether constitute over half the world’s population, are not participating in the financial isolation of Russia.

Many analysts and economists are now seeing the economic fallout from Russian sanctions becoming more harmful to the West than to Russia itself. Do you think this was a miscalculation?