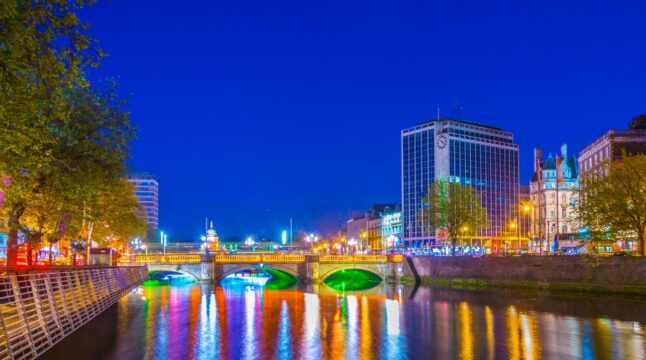 Ripple is planning to apply for a VASP license in Ireland as the blockchain firm eyes European expansion despite the ongoing crypto winter.

Ripple Labs is looking to obtain a virtual asset service provider (VASP) license in Ireland to “passport” its services across the European Union (EU), the crypto firm’s General Counsel Stuart Alderoty told CNBC. Alderoty also said Ripple is currently operating outside of the US due to its ongoing dispute with the SEC.

Ripple is Operating Outside the US Due SEC Dispute, says General Counsel

Stuart Alderoty, General Counsel of Ripple, said the blockchain firm is looking to expand its operations in Europe, despite the ongoing crypto market slump. The company wants to obtain a virtual asset service provider (VASP) license in Ireland, which would allow it to “passport” its services in the European Union (EU), Alderoty said in an interview with CNBC.

Further, Ripple is also planning to apply for an electronic money license in Ireland, where it currently has only two employees. At the moment, the only crypto firm that holds a VASP license in Ireland is Gemini, one of the numerous crypto projects affected by the recent FTX collapse.

Even though it is headquartered in San Francisco, Ripple no longer sources the majority of its profit from the US. Alderoty told CNBC the firm “effectively” operates outside its home market due to its continuing dispute with the US Securities and Exchange Commission (SEC).

Ripple has more than 750 employees around the world, about half of whom are based in the US. The firm manages an open-source and peer-to-peer decentralized platform that serves like a global payments network, allowing users to exchange funds in multiple forms including dollars, euros, bitcoin, litecoin, and so on.

Ripple’s squabble with the SEC dates back to 2022 when the government agency sued Ripple for illegally selling its token XRP, without previously registering it as a security. Ripple has fiercely opposed the SEC’s allegations, denying claims that XRP is a security because it is used to facilitate cross-border transactions between financial institutions and banks.

More than 10 companies have filed amicus briefs in support of Ripple, including Coinbase and Blockchain Association, among others. An amicus brief is a written submission filed by an organization or an individual to support one of the parties involved in the legal case.

In October, Ripple CEO Brad Garlinghouse said he expects the company’s dispute with the SEC to be resolved in 2023. He also said his company is willing to find common ground with the SEC as long as the agency concedes that XRP is not a security.

Do you expect Ripple to prevail in the 2023 ruling? Let us know in the comments below.