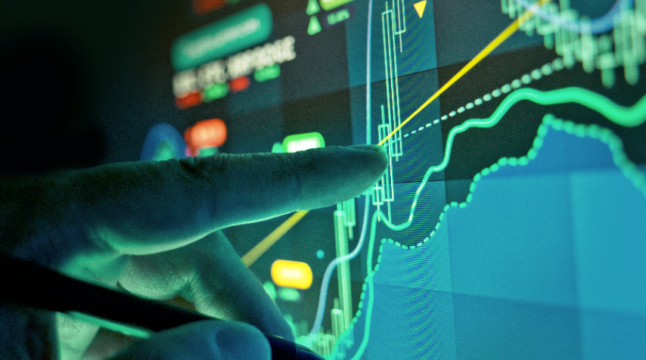 Bitcoin futures look to be invigorated after September's negative returns.

This nearly levels up with a three-week high on September 27th when Bitcoin was $20,296, just before toppling to $18.6k a day later.

When both a spike in Bitcoin open interest and price occurs, it signals an upward trend. By the same token, an increase in open interest while the price goes down would signal a downward trend. Are investors expecting October to follow its “Uptober” legacy?

Why Futures Instead of Spot Bitcoin?

There are two main roads on which crypto traders make losses or gains – there’s spot trading, and then there’s the trading of derivatives contracts. Bitcoin’s spot price is the present market price visible across exchanges. On the other hand, traders can use a type of derivative contract called futures to bet that the price of Bitcoin will go up (longs) or down (shorts).

At the current rate, out of all Bitcoin open interest, at $10.8 billion, $9.3 billion is committed to perpetuals while $1.5 billion is in classic futures. Typically, a positive funding rate indicates that the majority of futures bet on long positions, which is bullish. Likewise, a negative funding rate is bearish, as we have seen during May’s crypto crash.

Of course, the problem with derivatives trading on either long or short positions is that no one is a future-teller. In other words, when funding rates can no longer be funded, traders’ positions are liquidated. Not so long ago, on August 19th, we saw a massive $562 million liquidation of longs when BTC price crashed.

And that was in August, instead of the historically underperforming September. The question is, do such trends matter in the current macroeconomic environment?

Will “Uptober” Live Up to Its Name?

Just as September tends to deliver losses, in both stock and crypto markets, October has been one of the best months for Bitcoin. Just behind November (+548%) and April (+504%), October has collectively returned +369% total gains since 2009, or +26.39% on average.

The Fed’s interest rate hikes have made the dollar a hot commodity on the global stage. Year-to-date, against the dollar, EUR (-11.55%), GBP (-14.76%) and JPY (-19.93%) are losing value. When the Dollar Strength Index (DXY) rises, Bitcoin typically declines because it is perceived as a currency debasement hedge.

However, a strong dollar is testing other currencies, forcing central banks to buy their own currencies via dollar selloffs. According to Nomura Holdings, India and Thailand have already spent over 10% of their reserves to intervene in this way, at $75 billion and $27 billion respectively.

Seeing this trend, the United Nations Conference on Trade and Development (UNCTAD) called for the Federal Reserve to slow down, in not so many words.

“Any belief that they (central banks) will be able to bring down prices by relying on higher interest rates without generating a recession is, the report suggests, an imprudent gamble,”

The question then turns to whether or not the Fed will modify its planned rate hikes. The latest Labor Department’s Job Openings and Labor Turnover Survey (JOLTS) reported a 1.1 million job openings drop in August. The Fed Chair Jerome Powell has been hankering for such a trend since May.

“By moderating demand, we could see [job] vacancies come down, and as a result—and they could come down fairly significantly and I think put supply and demand at least closer together than they are, and that that would give us a chance to have lower—to get inflation—to get wages down and then get inflation down without having to slow the economy and have a recession and have unemployment rise materially. So there’s a path to that,”

The WSJ press transcript on May 4th.

Powell repeated this need multiple times since, but many economists believe a global recession is now more likely than before. As a result, this caused the dollar index to drop by -3.29% this week. Powell’s mantra this year has been to act based on incoming data. On November 1st, the next FOMC meeting will deliver another macro verdict.

Do you think the Fed will care for other central banks’ problems? Let us know in the comments below.