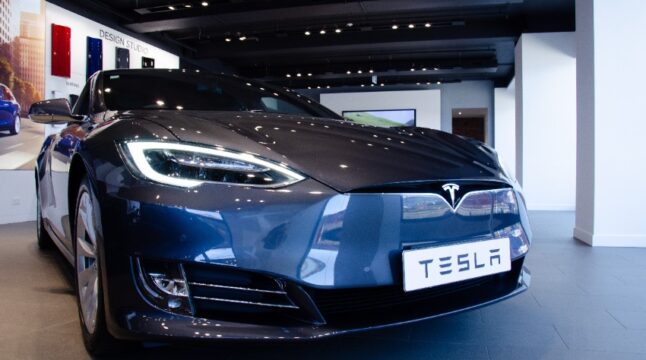 Musk is expected to appear in court this week to defend his $56 billion pay package from a Tesla shareholder.

Elon Musk could appear in court on Tuesday to defend against allegations by a Tesla shareholder that the billionaire rigged his $56 billion pay package using easy performance targets. The shareholder, Richard Tornetta, accused Musk of deceiving Tesla investors into approving the package in 2018.

Tesla boss Elon Musk is expected to appear before the court this week to defend his 2018 pay package from Richard Tornetta, a Tesla shareholder who accused Musk of manipulating the $56 billion package with easy performance targets. Musk could testify before the court as soon as Nov. 15, according to Reuters.

Tornetta and Musk are scheduled to meet in a five-day trial, where the shareholder will attempt to prove that Musk abused his power at Tesla to establish terms of the pay package, “which did not even require him to work at Tesla full-time,” Reuters reports. Tornetta also accuses Musk of manipulating the carmaker’s investors into approving the package.

Musk and Tesla’s executives have opposed Tornetta’s allegations, arguing the pay package achieved its goal of helping the company get through a critical period. According to the report, Tesla’s shareholders have been increasingly concerned that “Musk is distracted by Twitter, which he has warned might not survive an economic downturn.”

Citing legal experts, Reuters says Musk sits in a better position for this trial compared to the legal battle against Twitter that prevented the billionaire from dropping the deal. “Boards have wide latitude to set executive compensation,” experts added.

Tornetta has asked the court to revoke Tesla’s pay package, whose size is six times greater compared to the top 200 CEO salaries combined in 2021, said Amit Batish, director of content and product marketing at corporate leadership data solutions provider Equilar. Musk will defend himself and Tesla’s directors before Chancellor Kathaleen McCormick of Delaware’s Court of Chancery, who also oversaw the legal battle between Musk and Twitter.

Musk bought the social media giant in October at the original price of $44 billion. Last week, a filing with the US Securities and Exchange Commission (SEC) showed that Musk sold another 19.5 million of his Tesla shares for $3.95 billion.

A recent report showed that Twitter has been gaining new users at a record pace since Musk’s takeover. According to a FAQ document delivered to Twitter’s marketing staff, the social media platform has recorded a 20% acceleration in monetizable daily user (mDAU) growth in the first week since the acquisition.

What are your expectations of the trial outcome? Let us know in the comments below.