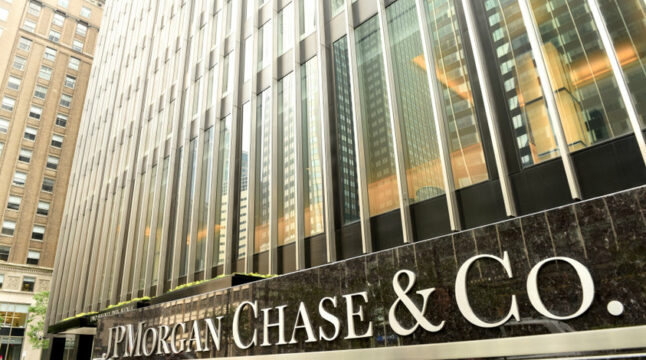 Through Onyx tokenization, JP Morgan is forging digital finance for the repo market.

Since JP Morgan launched the Onyx blockchain network in December 2020, the platform has processed over $300 billion in short-term loans. This is more than the current market cap of the largest public smart contract platform—Ethereum.

Furthermore, the French bank BNP Paribas joined JPMorgan’s Onyx last month to modernize the repurchase (repo) market, estimated to be worth around $13 trillion. While smaller than the US equity market, at $49 trillion, the repo market is critical for the world’s financial system.

Due to the way the repo market functions and the role it serves, the integration of the Onyx system has significant implications.

What is a Repo Market?

In practice, institution A sells these CLO securities to institution B for cash, with the agreement to buy them later at a higher price. Hence, why it is called a repurchase (repo) agreement. The price difference for the collateralized loan is the repo rate, as a form of paid interest.

The purpose is to make the cash work for investors instead of just sitting around. On the other side of the equation, the repo market finances the daily operations of large financial institutions due to cheap borrowing rates. In other words, the repo market greases the entire financial system with liquidity as debt financing.

For this reason, when something goes wrong, the consequences are severe. Case in point, the repo market crash ushered the Great Recession of 2008-2009, as residential mortgage-backed securities (RMBS) dropped in price. With liquidity drying up, Lehman Brothers had to file for the largest corporate bankruptcy the US history due to its RMBS exposure.

How do Central Banks Use Repo?

Just like financial institutions use the repo market to finance daily operations, so does the Federal Reserve use it to implement monetary policies. One of them is managing interest rates, as repo transactions increase/decrease the Fed’s balance sheet.

For example, the Fed’s increase in reverse repo rate decreases the money supply. In turn, this incentivizes commercial banks to hold their cash with the central bank. Consequently, this causes interest rates to rise.

According to the Bank for International Settlements (BIS), about 75% of repo deals are backed by government bonds (debt securities).

How Does JP Morgan’s Onyx Improve the Repo Market?

The world’s largest commercial bank deployed Onyx Digital Assets (ODA) blockchain as a way to speed up the market. In conjunction with the bank’s JPM Coin system, which tokenizes assets, Onyx automates the repo market.

In practice, this means that Onyx’s smart contracts allow for intra-day repo agreements, within a couple of hours instead of overnight. The implication is that debt securities don’t even have to leave balance sheets.

This is important to note because, after the Great Recession, new regulatory rules were put in place—the Dodd-Frank Act. It required banks to hold large cash reserves and the Fed to monitor them closely. This way, the liquidity of the financial system is less likely to be endangered, as previously demonstrated by the Lehman Brothers collapse.

With Onyx tokenized debt securities in hand, banks can abide by these rules by employing their cash in token form. Each token represents a government bond, just as a stablecoin would represent the dollar. The expiration/settlement time is auto-executed by the Onyx smart contract.

Smart Contracts are Only as Good as their Code

Putting the future of the financial system in smart contract’s hands may be efficient, but it is also dangerous. Such a system is as robust as smart contracts themselves. To illustrate, consider how easy it would be to disrupt the entire NFT market.

Likewise, there are countless examples of compromised smart contracts, delivering massive losses. One of the biggest ones this year was Axie Infinity’s Ronin Bridge exploit, worth $600 million, some of which was recovered by Binance.

On the upside, Onyx and Onyx-like systems will provide more venues for intra-day liquidity.

“In addition to lower transaction costs, real time visibility, automation, and enhanced reporting with sharing of golden data are just some of the features that appeal to the buy and sell-sides,”

With permissioned Onyx on the road to meet permissioned CBDCs, one can only hope that their coding practices are more robust.

Do you think that private blockchains would gradually play a greater role in mainstream finance? Let us know in the comments below.