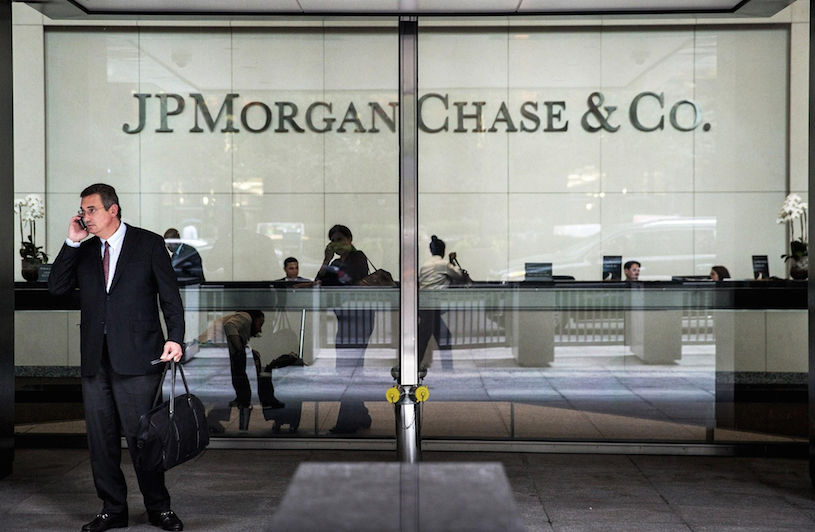 Engineers at JP Morgan have unveiled their latest creation: the “JPM Coin.” The coin will be used to instantly settle transactions between clients on the JP Morgan Chase payment network. JPM Coin is the first bank-backed coin ever released.

You may know JP Morgan Chase as the company whose head, Jamie Dimon, previously mocked Bitcoin and the entire cryptocurrency space for being a “fraud.” However, it looks like the company has now changed its tune… and done a complete 360.

JP Morgan Chase, believe it or not, will now be the first major U.S. bank to release its own cryptocurrency. Yes, you read that right. The story was reported by CNBC today.

JP Morgan Chase is responsible for moving some $6 trillion around the world every day for corporations through its payment business. The trial for their newly-unveiled “JPM Coin” will be rolled out in the next few months.

A New Future for Capitalism

J.P. Morgan is arguably preparing itself for a new kind of capitalism: this future will focus more on global markets, and cross-border payments along with corporate debt issuances will prove crucial. That’s why the banking giant is planning to move much of these financial necessities to the blockchain, so they can automate the process and make it more efficient. Wire transfer technology just doesn’t cut it anymore.

Every JPM Coin will be backed by a single U.S. dollar so it will functionally be a stablecoin. According to Umar Farooq, head of J.P. Morgan’s blockchain sector, the function of the bank’s cryptocurrency will have three applications.

The usage of JPM coin will be the first ever real-world applications of cryptocurrencies in banking. Although last year the entire banking sector saw the space as far too risky, many are now coming around to it. For example, Fidelity recently unveiled their Bitcoin custody service. TD Ameritrade also announced they would be supporting ErisX for digital asset trading in October.

So, although Jamie Dimon made a fool of himself last year, it’s looking like J.P. Morgan Chase is not playing the fool any longer. They will now be the first bank to adopt cryptocurrencies for real-world use. Exciting!

What do you think of the news? Will other banks follow the lead of JP Morgan? What does this mean for cryptocurrencies made for payment settlement services like Ripple, will they still be useful? Let us know your thoughts in the comments below.