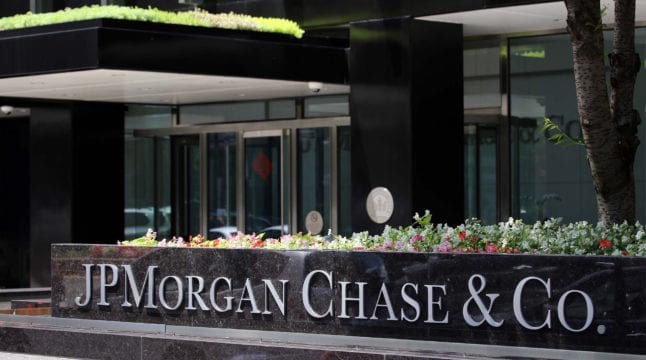 Coinbase and Gemini have scored a major coup as they have been signed as banking clients to JP Morgan. This new deal will see the two exchanges enjoy banking services such as wire transactions and dollar deposits and withdrawals.

A May 12, 2020 report has revealed that JP Morgan, one of the most prominent banks in the United States, has agreed to take on two cryptocurrency exchanges as clients. The two exchanges in question are Coinbase and Gemini, and the partnership was solidified last month. As per the new development, customers of these exchanges will be able to access banking services with JP Morgan using Automated Clearing House (ACH) infrastructure.

This move is also significant because it is indicative of JP Morgan’s changing stance on cryptocurrency. Their CEO, Jamie Dimon, famously said back in 2017 that cryptocurrency was a scam and expressed skepticism towards the industry. Then, in 2019, JP Morgan announced the launch of their JPM coin, which would be the first stablecoin launched by a major US bank.

According to the anonymous source quoted in the report, JP Morgan will not be handling cryptocurrency transactions per se but will handle dollar transactions and provide cash management services. The use of JP Morgan’s Automated Clearing House (ACH) infrastructure will allow for dollar deposits, withdrawals, and wire transfers.

Despite JP Morgan being more open towards the cryptocurrency industry as a whole, some caution was reportedly applied in the selection process. As per the unnamed source, JP Morgan required a thorough vetting process for both exchanges before taking them on as customers.

It should be noted that Gemini had obtained a Service Organization Control (SOC) 1 Type 1 certification following an evaluation by accounting firm Deloitte. Coinbase has also undergone such an evaluation, attaining the  SOC 1 Type 2 and a SOC 2 Type 2 from accounting firm Grant Thornton. Coinbase has also been granted a Bitlicense from the New York Department of Financial Services, having met the department’s requirements.

The rigorous vetting process shows that while the mainstream financial world is becoming more accepting of cryptocurrency, precautions are still being taken. This new development with JP Morgan could hopefully lead to greater acceptance of cryptocurrency firms as well as their being able to access more banking services. This speaks greatly to the profitability of the cryptocurrency industry and the changing attitudes towards it.