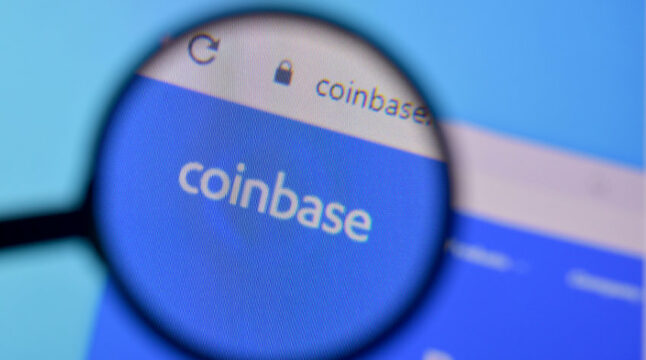 Coinbase has lost around $85 billion in market cap since going public. The company's shares are down by around 87%.

Coinbase, the largest crypto exchange in the US, fell over 26% on Wednesday after the company posted earnings that widely missed expectations. The new drop reflects a staggering 87% decline in Coinbase’s market cap, meaning the company has lost around $85 billion since going public.

Reacting to Coinbase’s massive stock decline, former Twitter CEO Jack Dorsey called the company a “casino.” The company also faced some backlash recently after adding a new disclosure regarding the legal claims of its retail users in the event of bankruptcy.

On Tuesday, Coinbase shared its earnings results for the first quarter of the year. The cryptocurrency exchange reported a quarterly loss of $430 million and a 19% drop in monthly users. The company also missed revenue expectations, with $1.17 billion reported versus $1.48 billion expected, according to Refinitiv.

The company’s stock, which had already been in a bad position due to a broader meltdown in the crypto markets, further dived after the disappointing earnings report. Shares of the company fell more than 15% on Tuesday, and another 26% yesterday. As of now, the company’s shares are down by around 10% in pre-market.

Considering that COIN briefly touched $381 in mid-April last year when the company went public, its current price of around $50 reflects a staggering 87% drop. In terms of market cap, Coinbase has lost around $85 billion in just over a year.

Meanwhile, Coinbase executives have related the price decline in shares to the volatile nature of cryptocurrency, arguing that the company would perform much better in the long term. On Wednesday, CEO Brian Armstrong quoted the well-known venture capitalist Fred Wilson in a tweet, saying “markets are irrational in the short term but not over the long term.”

Coinbase can still be attractive given its large reserves of cash and the fact that it has posted large profits over the past quarters. However, the company’s price-to-earnings (P/E) ratio—a ratio that suggests whether a company is overvalued or undervalued—has fallen to 3.5. This is alarming to investors as public companies’ P/E ratios are typically well above 10.

“Coins P/E has catered from 140 to 5 in a year, I don’t remember seeing that kind of drop,” Maya Zehavi, founder and CEO at Stealthy new venture, said.

Besides its earnings report, Coinbase also issued a new disclosure that said the company would have the right to hold crypto assets of its retail users as property of the bankruptcy estate, should the company file for bankruptcy. The disclosure read:

Jack Dorsey, who called the exchange a casino when reacting to its stock price drop, hinted that the disclosure could mean the company is in a tight position. “Much to do about nothing,” he said.

However, in a series of tweets, Armstrong said the new disclosure was necessary because of a new SEC rule. He ensured users that all funds are safe and that the company has no risk of bankruptcy.

Nevertheless, Goldman Sachs has warned investors that Coinbase is very unlikely to return to recent levels of profitability in the current market rout. The bank also lowered its 12-month price target for COIN to $80 from the previous $240. The bank said:

“In an environment where the market is focused on profitability, recession risk, and the fading of pandemic-driven exuberance in retail trading, we believe COIN’s stock will struggle to outperform in the near term.”

How do you think Coinbase will perform in the near term? Let us know in the comments below.