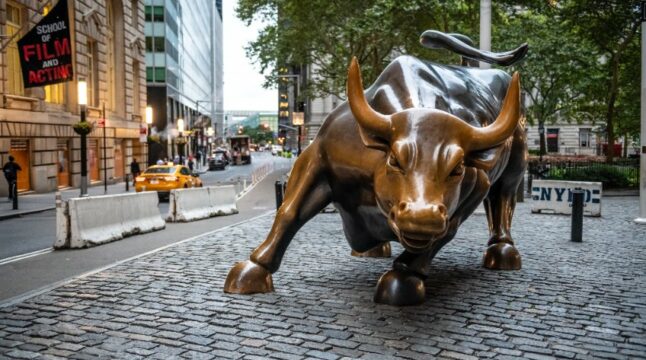 Plans for a new cryptocurrency exchange backed by several Wall Street giants have been announced. In a statement released yesterday, a consortium of financial institutions comprising Citadel Securities, Fidelity Investments, and Charles Schwab Corp, amongst others, made the revelation.

The exchange called EDX markets is expected to bring investment in digital assets further into the realm of traditional financial assets. Its announcement also comes on the heels of asset manager Blackrock revealing it would offer institutions direct exposure to spot Bitcoin. Consequently, the new moves being made by Wall Street show their brimming confidence in digital assets despite the crypto winter.

According to EDX market’s CEO Jamil Nazarali, the exchange will launch in January after a trial period. The test run period will see a small number of spot crypto tokens, including Bitcoin, confirmed not to be securities traded on it. This is to avoid a similar situation to Coinbase’s investigation by the Securities and Exchange Commission (SEC) over trading securities.

Like in trading stocks and options, the EDX exchange will allow investors to trade their digital assets through their existing broker. Therefore, it would negate their need to use an external marketplace or a native crypto exchange. Also, this move to make crypto trading more like traditional finance trading is expected to reduce the cost incurred by crypto investors when trading. Nazarali said:

“We’re taking some of the best features of traditional finance and bringing it to the digital markets to make it more efficient and bring that cost saving to investors.”

Furthermore, Nazarali revealed the companies backing the new exchange. He mentioned Charles Schwab, Fidelity Digital Assets, Paradigm, Sequoia Capital, Citadel Securities, and Virtu Financial as part of the consortium behind the EDX exchange. The CEO is a long-time executive at the Chicago-based Citadel securities, whose founder Ken Griffin, was an outspoken cryptocurrency skeptic.

Meanwhile, the EDX exchange would work to accommodate both private and institutional investors. It would also be run by Members Exchange (MEMX), an emerging stock exchange created in 2019 by some of the same companies supporting the exchange. Also, EDX’s operations would be separated from the companies that trade on it. This is to eliminate significant conflicts of interest commonplace amongst existing cryptocurrency exchanges. Nazarali reiterated,

“Many investors are interested in cryptocurrencies but are worried about a potential hack, or other unknowns with existing crypto exchanges. But they are familiar with broker dealers in other asset classes, and if crypto is offered, they are comfortable trading through them. By separating the responsibility for operating an exchange from those trading on it, conflicts of interest are also eliminated.”

Crypto Investors Should Be Wary Over Promise Of Lower Costs

While the promise of a cryptocurrency exchange with lower costs sounds appealing, crypto investors should be wary of it. This is because a previous study conducted last year by five US Professors shows Wall Street may not be as transparent as it claims.

The researchers executed 85,000 trades in 128 stocks over more than five months using their own money. They discovered they got significantly different buy and sell prices depending on the brokerage that handled the transaction. Their study showed small-time US investors could incur annual fees of up to $34 billion.

The study was conducted by the University of California, Irvine finance professor Christopher Schwarz, and his coworkers. It highlighted that widespread day trading and no-fee brokerage accounts have hidden costs. This is because brokerages offer varying prices despite transactions being routed via wholesale market makers, such as Citadel and Virtu Financial. And those minor differences can have a significant overall effect.

Consequently, the study questions Wall Street’s claim of offering low trading costs to customers. And that raises questions about their intention to bring a similar market structure into cryptocurrency trading through the EDX exchange. Nonetheless, the move shows that digital assets continue gaining prominence among institutional and individual investors. This is despite the bear market that has seen significant job cuts and a drop in the TV advertisement budget.

The prices of digital assets tumbled downwards following the release of data, which showed inflation for August was higher than anticipated. Consequently, the inflation data increases the likelihood of a 75 basis points(bps) interest rate hike and the market reacting accordingly.

According to Coinmarketcap, Bitcoin, which rallied last week, fell by more than 8% within the previous 24 hours. The foremost digital asset had regained its $20,000-$25,000 price range which it has maintained since the mid-June selloff. However, the newly released data caused it to decrease from around $22,600 to just over $20,000.

Digital assets outside Bitcoin were considerably weaker, with Ether dropping around 6% to $1,618. Trading in the second-largest cryptocurrency has been erratic ahead of The Merge, due to finish on Thursday. Other altcoins performed worse. Cardano lost 8% while Solana fell 5%.

Do you think a crypto exchange backed by wall street and mimicking the traditional financial market structure would be popular amongst investors? Let us know your thoughts in the comments below.