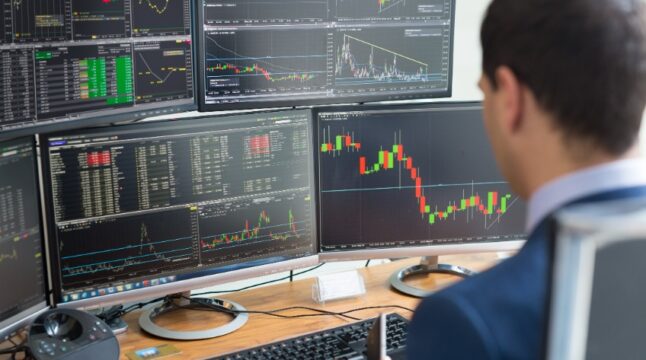 Digital asset investment products saw a whopping $42 million in inflows last week, the largest in 14 weeks. The record inflows came amid the extreme price volatility prompted by the fallout of FTX, suggesting that investors saw the price weakness as an opportunity to enter the markets.

A recent report by digital investment company CoinShares reveals that the recent price volatility in the crypto market has gained investors’ attention. In total, digital asset investment products saw $42 million in inflows, the largest in 14 weeks.

The report revealed that Bitcoin products marked the biggest gain, totaling $19 million, the largest since early August. “However, short-bitcoin investment products also saw inflows totaling US$12.6m highlighting that while sentiment is predominantly positive, it has spooked some investors,” the report said.

Ethereum investment products, on the other hand, saw minor inflows totaling $2.5 million. Multi-asset products saw $8.4 million in inflows, the largest since June 2022, suggesting investors see it as a safe haven.

While the inflows were seen across all regions, investors from the US, Brazil, and Canada contributed the largest sum, pouring $29 million, $8 million, and $4.3m million into digital asset investment products, respectively. On the other hand, Switzerland saw minor outflows totaling US$4.6m.

The record inflows came on the back of the FTX drama, which sent shock waves across the entire crypto industry and led to extreme market volatility. According to CoinShares, the inflows suggest “investors see this price weakness as an opportunity, differentiating between “trusted” third parties and an inherently trustless system.”

As reported, FTX announced that it filed for Chapter 11 bankruptcy in Delaware on Thursday, putting an end to its desperate scramble for investors to repair its balance sheet. Notably, FTX US, the US arm of the crypto exchange, has also been included in the proceedings, despite claims by the former CEO that their US exchange was fine.

Shortly after the company made the announcement, Sam Bankam-Fried took to Twitter to reveal that he stepped down as the CEO of the crypto platform. John J. Ray III, the man who oversaw the Enron liquidation, replaced SBF as head of FTX.

While the crypto market is yet to stop bleeding and start recouping some of the recent losses, some industry experts believe the bottom will be here soon. Thomas Hayes, founder, and Chairman of Great Hill Capital, said in a comment:

“It is sell the rumor. Now we have the news. What was feared is now done and I wouldn’t be surprised if in the coming days you see crypto start to find the bottom. The shock was that this guy was the face of the crypto industry and it turned out that the emperor had no clothes.”

Similarly, Jay Hatfield, CEO of Infrastructure Capital Management, said the fallout of FTX crashed the price of Bitcoin, which dragged the entire market with it, including MicroStrategy. “Well, they’ve already taken a pretty big hit. And overall, we’re in an upward trend after the inflation report,” he added.

However, Joseph Edwards, an investment adviser at Securitize Capital, has warned that there might be some bad regulatory implications since a US entity is involved. He said:

“The main danger here is that the U.S. entity is involved – it essentially means contagion risk now jumps into areas that were supposed to be ringfenced, at which point it becomes much closer to an existential problem because of the regulatory implications.”

Do you think the collapse of FTX is priced in? Let us know in the comments below.