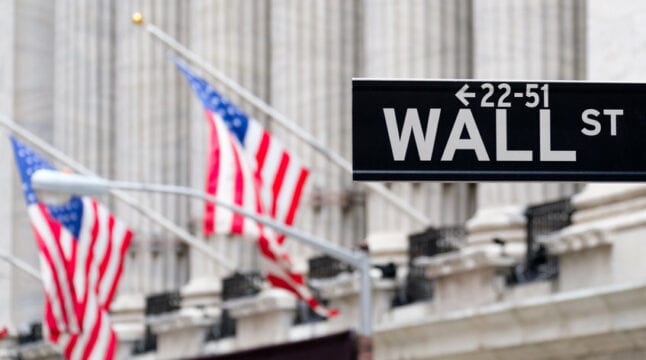 The adage "Information is power only if you can take action with it" is tailor-made for the stock market.

Before dark pools, institutional investors had to trade in blocks of shares outside trading hours to avoid upsetting the market. Now, the utility found within dark pools is so high that some market makers have embedded them within their operations. There are certainly some benefits here in terms of increased liquidity, but there’s another side of the coin as well.

Throughout 2021, retail traders have uncovered significant short positions held by hedge funds in a number of stocks. Naked short selling is suspected by many retail traders to be involved. At this point, hedge funds have collectively lost $12 billion—so far.

One of the latest developments in this saga is Citadel Connect, a dark pool operated by Citadel Securities.

If you haven’t been following the WallStreetBets saga across multiple Senate Banking Committee hearings, here is a brief recap. As the largest Designated Market Maker (DMM) on the NYSE, and accounting for 47% of US-based retail trading volume, Citadel Securities LLC also accounted for a significant portion of Robinhood’s Q1 2021 revenue thanks to Robinhood’s PFOF (payment for order flow) business model.

PFOF is a highly controversial practice because it tends to cause conflict of interest, which is why it is illegal in many Western nations (the UK, Canada and Australia). Current SEC Chair Gary Gensler noted some avenues for its abuse on June 9th.

“Payment for order flow raises a number of important questions. Do broker-dealers have inherent conflicts of interest? If so, are customers getting best execution in the context of that conflict? Are broker-dealers incentivized to encourage customers to trade more frequently than is in those customers’ best interest?”

In the same statement, Gensler further noted that around 9% of January’s trading volume was executed on alternative trading systems (ATSs), commonly referred to as dark pools. Befitting their moniker, dark pools have the effect of occluding the market’s resolution. In stock market jargon, the aggregate quote reporting on the bid-ask quote spread – the National Best Bid and Offer (NBBO) – is skewed, as noted by Gensler himself:

“First, as evidenced in January, nearly half of the trading interest in the equity market either is in dark pools or is internalized by wholesalers.”

Internalization means that the order is not routed to the market maker but the broker itself fills the order from its inventory of shares. For instance, Citadel Securities had to pay a $22 million penalty in 2017 for “misleading statements suggesting that it would provide or try to get the best prices it saw for retail orders routed by other broker-dealers,“.

Continuing with dark pools, Gensler then concluded the following:

“Dark pools and wholesalers are not reflected in the NBBO. Moreover, the NBBO is also only as good as the market itself. Thus, under the segmentation of the current market, nearly half of trading along with a significant portion of retail market orders happens away from the lit markets. I believe this may affect the width of the bid-ask spread.”

Citadel Securities owns and operates one such dark pool out of currently 50 in the US, called Citadel Connect.

What is a Dark Pool and Can it Be Abused?

Alternative trading systems (ATSs) or dark pools are private exchanges that have liquidity benefits but can also obscure trades. Together with internalizers, they account for over 40% of the global equity market. Dark pools gained traction after 2005, following the SEC’s adoption of the Regulation NMS (National Market System). NMS modernized the stock market to make it as we know it today. Therefore, dark pools are completely legal and regulated.

However, they are called dark because orders don’t show up on the exchange’s order books. The obvious purpose of this feature is to stabilize the market, so that when large orders from institutionalized investors are placed other market players are not alerted. Otherwise, with the order size in the open – on the lit market – other participants would be able to trigger a downward price shift.

By preventing that from happening, dark pools increase liquidity and market efficiency. Nonetheless, the same way dark pools eliminate transparency by design, they can also obscure conflicts of interest which could lead to the market being manipulated. Here are some of the historical examples which demonstrate the ways in which dark pools have been abused:

This gives you an overview of the abuse range occurring in dark pools. With that said, as a private exchange, each private pool has its own rules and limits. For example, some only allow large orders or blocks, while others focus on high-frequency trading (HFT) which is how dark pools have grown in popularity in the first place.

The most common abuse found in dark pools is the so-called front running. With the knowledge that a trader is about to execute a trade, another trader can trade the stock – sell or buy – first and then sell it to satisfy the original request—at a profit.

Interested in DeFi? Join our Telegram group and never miss a breaking development.

Is Citadel Connect a Dark Pool?

Numerous reliable reports suggest Citadel Connect is indeed a dark pool. Interestingly enough however, Citadel Connect is not registered as an ATS, nor does it report its trading volume to FINRA, which is overseen by the SEC, per a 2015 Reuters report:

“Unlike Apogee, Connect is not classified as an “Alternative Trading System” and does not report volumes to FINRA.”

In the same article, Reuters had reported that Citadel Securities aims to shutter its previously registered dark pool called Apogee in 2015, as Citadel Connect had already outperformed it by five times. The market maker itself refers to Connect as an “off-exchange trading” or “Immediate-or-Cancel order (IOC) platform”.

It is clearly used for dark pool trading. Among its offering are the following features:

These features align with the purpose of dark pools. However, the SEC Chair Gary Gensler differentiated between dark pools (ATSs) and off-exchange wholesalers, observing that:

“That leaves about 38 percent, most of which was executed by off-exchange wholesalers. Just seven wholesalers accounted for the vast majority of this group….”Within the off-exchange market maker space, we are seeing concentration. One firm has publicly stated that it executes nearly half of all retail volume.”

As you can see, the market is all about the flow of information and which entities have positioned themselves to best tap into this data flow.

“…as a significant and growing share of retail orders are routed to a small, concentrated group of wholesalers, certain market makers have more data than others.

As we’ve seen in many other parts of our economy, a few central actors gain advantage through the increasing use of data — whether in search, e-commerce, or in this case, the data from transaction flows.”

How this state of affairs applies to the short squeezing of meme stocks is impossible to tell before the conclusion itself unfolds.

Thanks to retail investors, finance is changing. Learn how, with our free weekly newsletter covering the world’s transition to the new era of finance.

Do you think Citadel Connect is used to benefit all parties involved through added liquidity—as proclaimed by spokesmen from Citadel Securities? Or is there another part of the picture at play which is finally becoming uncovered? Let us know your thoughts in the comments below.