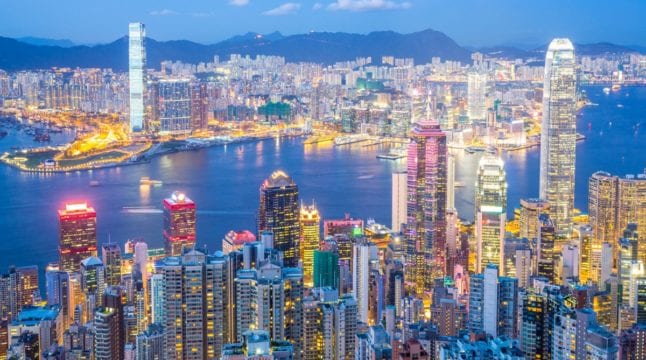 Rather than seeing fintech as a threat, banks in Hong Kong have embraced various fintech solutions — and are now seeing positive results. This comes as regulatory bodies in the jurisdiction are exploring a possible license for firms who deal with digital assets.

FinTech on the Rise With Hong Kong Banks

According to a recently published study by the Hong Kong Academy of Finance, there is a significant uptick in Hong Kong banks investing more in fintech. Furthermore, it is reported that banks see fintech as more of an opportunity to improve existing business models than a threat. In the next five years, it is estimated that 50% to 77% of incumbent banks see fintech as providing opportunities.

So far, the report says, a third of these banks have already met their prime objectives in adopting fintech. These include cost-to-income ratio and Return On Assets (ROA) as banks with fintech adoption have reported a greater cumulative reduction in cost-to-income ratio and a larger cumulative rise in ROA. This indicates a positive result for banks who choose to adopt fintech solutions.

These immense benefits have not gone unnoticed by banks in the region, as a reported 86% have adopted or are considering adopting fintech solutions. It seems the banks are also getting in early on the action as the banks are not waiting for the industry to fully mature. Instead, they have taken to developing such solutions in-house or striking up partnerships with existing fintech firms.

While the banks certainly appreciate the benefits of fintech, there have been recorded challenges. Among these are cybersecurity concerns, the evolving regulatory landscape, differences in management and culture, and differences in operational processes. Concerns were also raised regarding finding and training suitable staff for fintech solutions as a talent shortage was recorded.

This issue might soon be resolved as Standard Chartered announced a partnership with the University of Hong Kong to open a new academy. The institution, dubbed the HKU-SCF Fintech Academy, will focus on research in the fintech sector as well as the development of talent. The academy will award Bachelor’s degrees in financial technology and eventually, Master’s degrees.

Hong Kong, as a whole, is becoming much more accepting of fintech solutions. The Securities and Futures Commission (SFC) of Hong Kong announced in September 2019 that all firms who wished to deal with digital assets would need to apply for a license to do some. This came after a spike in cryptocurrency-related hacks and scams that saw large amounts of money be stolen.

The announcement also revealed the potential for stricter regulation of virtual asset trading platforms. This means that in the future, Hong Kong cryptocurrency exchanges could be surveilled by the state and will require their own licenses. This is to be explored in the current SFC Regulatory Sandbox, which allows cryptocurrency exchanges to self-regulate while a conceptual framework is developed for tokenized securities.

Do you think institutions such as the HKU-SCF Fintech Academy can close the existing talent gap? Is fintech truly here to stay for mainstream banks? Let us know your thoughts below.