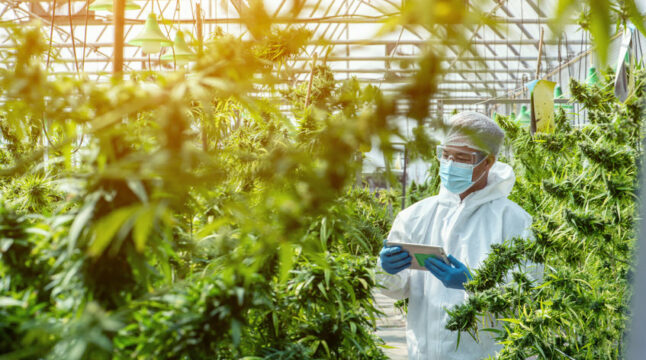 A Latin American cannabis fund is planning to expand through blockchain technology with the sale of security tokens in lieu of a tradiditonal IPO.

Reports suggest that a Luxembourg-based company with operations in Latin America is embarking on a new approach to raising funds. Global Cannabis Capital (GCC), involved in the marijuana business, plans to issue security tokens representing its stock on the Ethereum blockchain.

The decision would see the company ditch its originally planned IPO or reverse public offering (RPO) scheduled in Canada next year.

Regulatory Issues and Time Factored Heavily in Decision to Tokenize

The fund’s CEO, Andres Israel, highlighted regulatory issues and the long wait time for an IPO process as a factor in the decision. He posited that GCC decided to pursue a security token offering in Luxembourg, where regulations favor both cannabis and the issuance of securities using blockchain.

In most parts of the world, cannabis remains illegal and as a result, raising funds for the sector is usually tricky. In the US, companies involved in the pot industry cannot secure funding from banks because of the Federal government’s ban on marijuana. Hence, most of them look to venture capitalists, wealthy individuals, and individual shareholders rather than institutional investors to raise capital.

Despite the US government’s stance, there has been a concerted push by the US Congress to legalize marijuana. Last year, a new bill to legalize and regulate weed federally just like alcohol was presented in congress. “The States Reform Act” legislation was sponsored by Rep. Nancy Mace and five other republican cosponsors. Additionally, Senator Elizabeth Warren encouraged POTUS (President of the United States) to grant pardons to those convicted of federal nonviolent cannabis offenses.

Aside from the regulatory difficulties, Israel also pointed out that the issuance of tokenized securities eas faster than a traditional IPO. He said:

“We cannot wait 12 or 14 months to go through an IPO process. Tokenization takes around three months.”

However, by offering tokenized securities, pot companies could broaden their funding sources. The tokens issued, unlike other cryptocurrencies, are backed by the issuer’s assets or equity. In GCC’s case, it plans to create 100,000 tokens to reflect its capital stock to complete the offering.

According to Israel, GCC will likely sell 6% of its equity tokens in several private placements over the next three years. The first placement is expected to be completed in early May. Meanwhile, over 100 investors purchased tokenized securities in a presale last month, causing GCC to be valued at $25 million.

GCC plans to use the token sale profits to grow its portfolio to roughly 40 companies this year. Already, the investment firm has invested $700,000 in 28 Latin American cannabis companies, providing start-ups with services in exchange for equity in them.

Of the companies that GCC is invested in, only about a quarter grow cannabis. This is in line with its bet that branded products in cosmetics, food, and veterinary care will drive future cannabis growth. Hence, the company focuses on consumer goods, avoiding the recreational marijuana sector and things that cause people to become high.

Consequently, it intends to extend its reach into Switzerland, Canada, and the American states of Colorado and California. The fund is expected to make its first earnings next year, with GCC reinvesting in new and existing brand ownership positions.

If successful, GCC’s decision would open a new source of funding for companies with problems getting listed on the stock exchange. It would provide them with a faster and more secure method to raise capital by selling their equities while integrating blockchain technology. It would also see the development of a new use case for digital assets, which continue to gain widespread adoption.

Do you think a successful security token issuance will lead to more companies following GCC’s lead? Let us know your thoughts in the comments below.