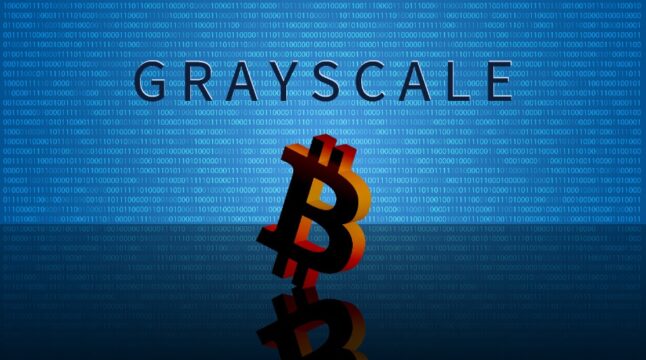 Grayscale Bitcoin Trust represents the most dangerous domino in the FTX fallout.

Grayscale Bitcoin Trust (GBTC) is now trading at -42.69% under the value of its Bitcoin holdings, worth about $10.57 billion. The world’s largest Bitcoin fund accounts for ~3% of the total Bitcoin supply, so the fund’s fate is tightly linked to Bitcoin’s price moves and vice versa.

Is there a reason for concern, and why did the SEC reject GBTC’s upgrade to a spot-traded BTC ETF?

Why is GBTC Important?

In the absence of spot-traded ETFs, Grayscale Bitcoin Trust (GBTC) is as close as it gets to one. Although GBTC doesn’t trade in the regular stock market, it does trade in the over-the-counter (OTC) market, in which investors directly trade with each other.

GBTC works as a public investment fund. For each of its shares bought via a broker, investors indirectly buy Bitcoin, which GBTC holds in its cold wallet. This way, investors don’t have to worry about custodial issues, for which they pay a 2% annual fee.

Through the ownership of GBTC shares, people own Bitcoin. Presently, GBTC holds 633,570 BTC, worth $10.57 billion at $8.75 per share. Bitcoin is the fund’s largest asset out of a total of $14.65 billion AuM in other Grayscale investment holdings.

When investors trade Grayscale shares, the fund doesn’t buy or sell actual BTC immediately. This is where the notion of a premium comes in. For example, if GBTC doesn’t buy bitcoins at the moment of purchased shares, and the BTC price goes down, the fund can buy more BTC for the value.

Because of this price difference between shares and actual bitcoins, later on, when BTC goes up, the fund would receive an added value (premium). But this also goes in the opposite direction, when a discount or premium to NAV happens.

Based on this dynamic, even Morgan Stanley, a multinational investment bank, bought $300 million worth of GBTC shares last August.

Why is the GBTC Premium to NAV Going Down?

Year-to-date, GBTC has been trading at -76% in the OTC market vs. Bitcoin (BTC) itself at -64%. Alongside the bear market pressure, GBTC gained competition with Michael Saylor’s MicroStrategy (MSTR), which is another way to receive BTC exposure, but without paying GBTC’s annual management fee.

After the FTX collapse, GBTC shares are trading at the lowest point in the fund’s history, at -42.69%. GBTC’s premium to NAV means that the fund’s assets are trading below its net asset value (NAV), which accounts for the fund’s total assets without liabilities.

However, the biggest problem for GBTC is that it is a subpar investment vehicle compared to exchange-traded funds (ETFs), in large part due to the Securities and Exchange Commission.

One of the largest inconsistencies that have come out of the FTX bankruptcy is that the fraudulent exchange held no actual bitcoins. Instead, FTX held $1.4 billion in Bitcoin liabilities. This is important because FTX never exerted buying pressure on Bitcoin, which would’ve elevated its price.

In a similar fashion, when the SEC approves futures-based BTC ETFs,  these funds merely give investors exposure to Bitcoin’s price, without directly participating in the market. For all intents and purposes, both the FTX and the SEC prevented Bitcoin’s price discovery, as noted by Bitcoin analyst Jan Wüstenfeld.

Post-FTX crash, over 220,000 BTC have been withdrawn from exchanges. The SEC received its first spot-trading BTC ETF application 9 years ago, still without a single approval. This week, the regulatory agency delayed yet another application to next year. When the SEC rejected GBTC’s application, the fund even filed a lawsuit against the SEC in June.

“As Grayscale and the team at Davis Polk & Wardwell have outlined, the SEC is failing to apply consistent treatment to similar investment vehicles, and is therefore acting arbitrarily and capriciously in violation of the Administrative Procedure Act and Securities Exchange Act of 1934,”

GBTC’s market selloff position is now additionally exacerbated after it has been revealed that Genesis Trading is in trouble. Both GBTC and Genesis Global Capital are owned by Digital Currency Group (DCG).

So far, Grayscale assured investors that all holdings remain unaffected. Unlike Genesis Trading, the fund doesn’t employ any leverage on its products.

“Grayscale does not borrow, lend, rehypothecate, or otherwise encumber the products’ underlying assets, and the custodian for the assets is prohibited from engaging in such activity.”

In the worst-case scenario, if liabilities spill over, GBTC liquidation would spell the biggest Bitcoin selling pressure in its history.

Do you think centralized exchanges (CEXes) will regain user trust with proof-of-reserves and recover lost asset outflows? Let us know in the comments below.