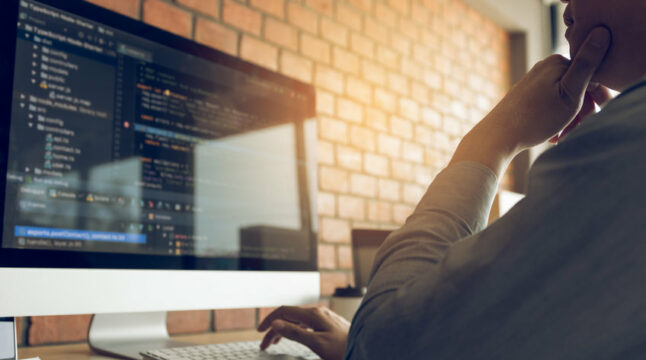 FTM Projects Will Continue But Fall 30% as Andre Cronje Quits

Andre Cronje's departure from DeFi will not affect FTM's continuity but raises questions about the crypto industry's toxic nature.

Andre Cronje, a prolific coder within the decentralized finance (DeFi) ecosystem and best known for creating Yearn Finance and Keep3rV1, has called it quits on DeFi projects. The news triggered a sharp sell-off within the Fantom ecosystem, causing some tokens to plunge by over 30% in less than 24 hours.

Over the weekend, Anton Nell, a DeFi coder and a close partner of Cronje, took to Twitter to announce that he and Cronje were “closing the chapter” on developing in DeFi. The move was expected as Cronje deleted his Twitter account last week and updated his Linkedin profile to show that he was no longer an advisor to the Fantom Foundation.

Nell said that there are around 25 apps and services that they “are terminating on 03 April 2022,” specifically naming Yearn Finance and Keep3rV1. He added:

“Unlike previous “building in defi sucks” rage quits, this is not a knee jerk reaction to the hate received from releasing a project, but a decision that has been coming for a while now.”

The news sent prices of Fantom tokens on a roller coaster. Fantom’s native token FTM lost 30 cents within the first hour of the tweet and extended losses to reach a weekly low of $1.32, dropping by as much as 18% in 24 hours. However, the coin has since slightly recovered and is currently up by around 1% over the past 24 hours.

The total value locked (TVL) in Fantom-based DeFi protocols also took a hit, slumping by over 20% over the past 24 hours, according to DeFi Llama. As of now, TVL in Fantom DeFi stands at $7.1 billion, down by over 44% from the January peak of around $12.8 billion.

Other Fantom ecosystem tokens, even those with no apparent ties to Cronje, have also suffered double-digit losses. Notably, in the wake of the news, Spookyswap’s BOO token slumped 16%, SpiritSwap’s SPIRIT dropped 21%, and Scream’s SCREAM plunged 30%.

Why Cronje is Quitting DeFi/Crypto?

There is no clear reason for Cronje’s departure from the DeFi sector. Still, some have claimed that he had previously threatened to resign after some of his projects were exploited and resulted in the loss of user funds. One Reddit user said:

“Cronje had in fact launched DeFi projects a few times with the warning that they were not yet finished. Despite this, people put a lot of money into them that was then stolen when vulnerabilities were exploited by hackers.”

Nevertheless, the departure can also be attributed to crypto’s so-called toxic nature, which can make the industry way too stressful for some to bear. In fact, reports have recently revealed that some involved in crypto exhibit behaviors that represent other forms of addiction.

Patty Fiore, a psychotherapist based in Beverly Hills, has seen a surge in clients whose mental health was damaged by the stressful nature of crypto. She said:

“Addiction is all about those highs and lows. “[And now, in this extended low], they’re experiencing sleeplessness and anxiety, they’re worrying about future. All of this creeps up when bitcoin is dropping.”

Fantom Protocols will Continue to Run

While Cronje’s departure from DeFi has adversely affected the entire Fantom ecosystem, many of those projects would continue to run. In fact, the majority of DeFi projects running on Fantom have little to no connections with Cronje.

For instance, Banteg, a pseudonymous Yearn.Finance developer, has said that Cronje hasn’t contributed to Yearn Finance for over a year. They said:

“People burying YFI, you do realize Andre hasn’t worked on it for over a year? And even if he did, there are 50 full-time people and 140 part-time contributors to back things up.”

It is worth noting that since those DeFi protocols are deployed as immutable smart contracts, no one has control over them, meaning that there’s no way to shut them down. Instead, Cronje can only shut down frontends and informational websites.

Moreover, even some projects like Bribe.crv, which intend to discontinue their service on April 3, can be easily forked since their code is open-source.

Do you think the crypto industry’s always-on mode is responsible for some toxicity and stress associated with the industry? Let us know in the comments below.