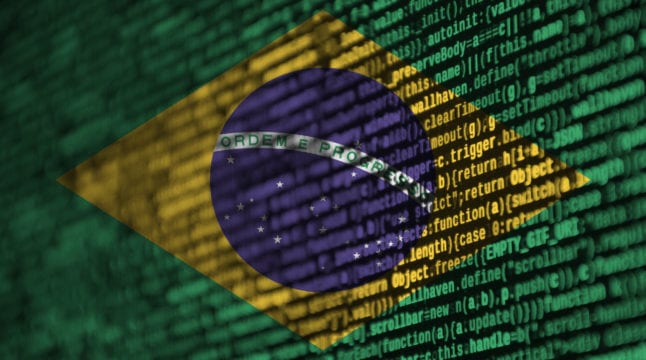 Fintech firms are seeing a boost in Brazil due to regulations, an unbanked population, and a large economy. This includes a recently-concluded security token offering by the biggest investment bank in the region.

An Increase in FinTech Adoption

An April 28, 2019 report claims that there has been a 60% increase in FinTech adoption in Brazil from 2017 to 2019. This is credited to the country being home to more FinTech firms than any other country in Latin America as well as the largest population in Latin America.

Globally, the FinTech industry is on the rise as it is estimated to expand by almost 25% in the next two years. This includes large corporations such as Stripe, which has seen its valuation and size grow exponentially.

Most of this expansion, it seems, is taking place in North America, particularly the United States. However, one country in Latin America has recently gained attention for being a hotbed of fintech activity.

Fintech Growth Driven by a Need for Inclusivity

While FinTech can be considered a product of innovation, its popularity in Brazil has been partially due to necessity. The country suffers from inequality with regard to the accessibility of banking services.

It is estimated that one in three Brazilians does not have access to the most basic of banking services. These services, while not accessible to all, are provided by only four major banks in the country, which are known for charging exorbitant interest rates.

One of the reasons for these high credit rates is the lack of available data regarding credit and transaction history among citizens. Following new regulations put in place by the Brazilian Central Bank and National Monetary Council in 2018, FinTech firms could better penetrate the Brazilian market.

So far, two new banks and over forty payment institutions are awaiting authorization to operate in Brazil. With millions of Brazilian internet users logging in through mobile devices, FinTech firms that offer easy access to mobile banking services are likely to thrive.

Besides the emergence of FinTech services for overlooked demographics in Brazil, blockchain and cryptocurrency have also taken root. Brazil reported record cryptocurrency transaction numbers in the last year and security token offerings appear to be growing in popularity.

Recently, BTC Pactual — one of the biggest investment banks in Latin America — completed its first tokenized investment fund. Dubbed REITBZ, the fund raised over $3 million and was also able to provide offerings to smaller investors.

Regulations within the region often mean that only large, institutional investors are able to take part in some funds. This, again, speaks to the opening up of the Latin American market and the role of Fintech within it.

Will FinTech acceptance continue to rise in Latin America? Let us know in the comments section below.