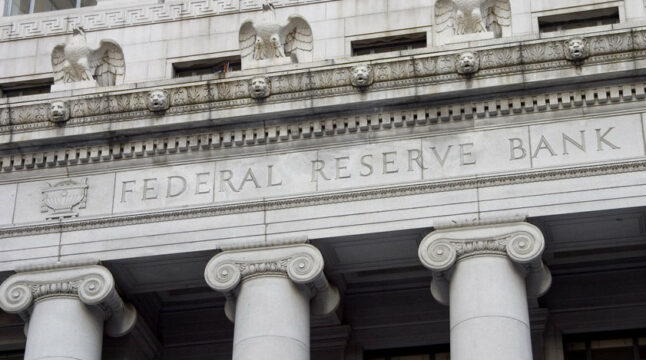 The Federal Reserve has banned policymakers and senior staff from trading and purchasing individual securities.

The US Federal Reserve has adopted a new set of rules that bans policymakers and senior officials from buying individual stocks and bonds. The new restrictions have come in response to an ethics scandal that triggered a backlash.

On Thursday, the Fed announced new trading rules for its senior staff that will restrict active trading and prohibit the purchase of individual securities by Fed policymakers and senior staff. As part of the new measures, the Fed’s top officials are only allowed to purchase “diversified investment vehicles, like mutual funds.”

Officials are also required to provide 45 days notice prior to any purchases or sales of securities and obtain approval for those transactions. The new rules also stipulate that investments are to be held for at least a year.

“These tough new rules raise the bar high in order to assure the public we serve that all of our senior officials maintain a single-minded focus on the public mission of the Federal Reserve.”

The Fed also said that the new rules were meant to “help guard against even the appearance of any conflict of interest in the timing of investment decisions.”

The Fed Aims to Rebuild Trust

The new measures come roughly six weeks after trades by two top Fed officials triggered an ethics uproar. As covered by The Tokenist, it was revealed that the Dallas Fed President, Robert Kaplan, and Boston Fed President, Eric Rosengren, had traded the same assets that the regulatory body was purchasing.

At the time, some progressive groups urged the two Fed officials to resign. However, Senator Elizabeth Warren, who also happens to be among Powell’s harshest critics, asked for a ban on trading.

Meanwhile, Powell declared that he wasn’t aware of the trades, and pointed out the need for renewed ethics rules to rebuild trust among the American people. He said:

Even prior to the incident, public opinion of the Fed was at a low. Reports reveal that the Fed’s way of dealing with the pandemic has led to the central bank losing trust among Americans. As per a recent poll by Axios, 53% of Americans say they don’t trust the Fed, 38% say the Fed has done a “good” or “excellent” job, while a majority of 58% say the Fed is doing a “fair” or “poor” job.

More recently, in an interview with CNBC, billionaire hedge fund manager Paul Tudor Jones also criticized the Fed over its handling of inflation. He said this is “the most inappropriate monetary policy that I’ve seen maybe in my lifetime.”

Nevertheless, experts believe the new regulations can help the Fed move toward restoring its reputation. Andrew Levin, a professor at Dartmouth College, said:

“Today’s announcement is a very important step forward in restoring the Fed’s reputation. The Fed should promptly announce that it is actively cooperating with the DOJ and SEC to investigate the past trading activities of top Fed officials.”

Back in 2020, news outlets reported that Sen. Kelly Loeffler dumped millions worth of stock holdings following a private, all-senators meeting on the Covid-19 matter, which afterward struck US equities. Similarly, using confidential information, Richard Burr, chairman of the Senate Intelligence Committee, sold off up to $1.7 million worth of stocks.

More recently, it was revealed that Congresswoman Nancy Pelosi purchased Tesla calls ahead of the publication of the Biden administration’s targets for electric vehicles by 2030. Prior to this, she had traded a number of other stocks, including Amazon, Google, and Apple.

There are dozens of stories that showcase how Congress members use early access for profit. All this begs the question: like the Fed, should members of Congress be banned from trading too?

In fact, several representatives have outlined the need for banning Congress members from trading and also proposed bills to do so. However, these bills were never passed.

For instance, in early 2020, Rep. Angie Craig introduced the Halt Unchecked Member Benefits with Lobbying Elimination Act, which, among other things, aimed to ban members from owning shares of a company.

Rep. Alexandria Ocasio-Cortez, who had signed onto the bill, said at the time:

“Members of Congress should not be allowed to own individual stock. We are here to serve the public, not to profiteer. It’s shocking that it’s even been allowed up to this point.”

Do you think Congress should also ban members from trading? Let us know in the comments below.