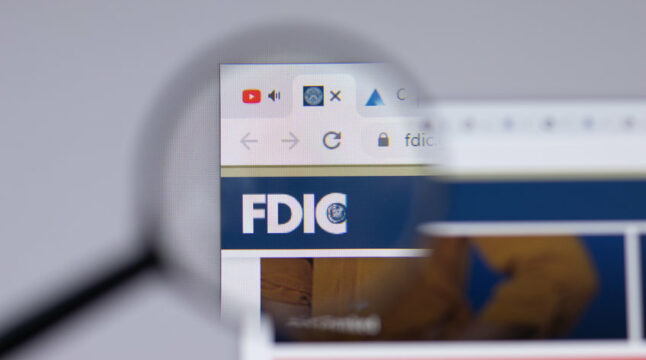 Governing agencies from around the world are leaving talks of 'bans' behind, moving to regulation instead.

Is Bitcoin ready to pull the entire crypto market into the greed zone once again? Currently neutral, market sentiment is reeling from the bad inflation report. Yet, there are plenty of indicators pointing to an upswing—including continued talks by financial regulatory authorities of regulating, not banning, digital assets.

This Thursday, it was not the Federal Reserve that upset the markets but the Labor Department. The federal agency delivered a worse than expected inflation rate, represented by the Consumer Price Index (CPI), at 7.5%. This is the highest annual jump in price increases in 40 years, since February 1982.

Markets responded with an uniformed dip, from Nasdaq and S&P 500 to inflation hedges such as gold and Bitcoin. However, unlike the others, Bitcoin recovered swiftly, rebounding at a peak of $45.6k.

Nonetheless, Bitcoin’s tight correlation once again shows that many new Bitcoin investors follow in the steps of traditional investors. Despite Bitcoin’s reputation as an inflation hedge, they reacted in a traditional manner to the record-high inflation rate, leaving risk-on assets—traditionally tech stocks—behind.

Gold, a traditional inflation hedge, plunged as well, indicating wider economic uncertainty and the erosion of trust in the dollar. The question is, where does that put Bitcoin in the long run?

Where Does Bitcoin Investor Interest Stand?

For Bitcoin to continue its upward trajectory, it must continue to attract investors. This creates a buying pressure owing to its 75% illiquid supply, and likewise raising its price.

“Simply put, [Bitcoin’s] price is determined not so much by volatility as by crowd interest. Without investor interest, it quickly goes sour, and with it, it picks up just as fast. In bitcoin’s favour is the reduced supply growth rate and its finiteness.”

Of course, that favor is Bitcoin’s core feature: decentralized finite supply not amenable to central banking which led to record-high inflation. Although Bitcoin presently correlates more with Nasdaq than anything else, institutional investors can rely on the fact that BTC price rose 52 times following its second halving in 2016.

For this reason, Bitcoin whales have been accumulating for the last two months, adding 220,000 BTC since December 23rd, 2021. Analytics firm Santiment notes that this is the largest Bitcoin whale accumulation since September 2019.

CoinShares’ weekly asset flow into crypto assets also shows a trend reversal. Three weeks in a row, the inflow has been positive, totaling $133 million, out of which $108 million went into Bitcoin.

Led by Ethereum, smart contract platforms are still in the bearish area, with only Solana and Cardano staying in the positive year-to-date (YTD) flows. Overall, $52.4 billion digital assets under management (AuM) are reported as of February 4th, 2022.

Then, we have Fidelity asset manager with $4.2 trillion AuM, stating in its Bitcoin First report that Bitcoin is not just a speculative asset, but a new monetary infrastructure for building financial services.

That layer buildup is best exemplified by Betterment’s acquisition of crypto startup Makara. As an automated wealth management platform, Betterment will give crypto access to its 700,000 clients. Although the Fed is poised to raise interest hikes, clamping down on inflation won’t necessarily work.

This means that more and more people will seek a way to convert USD into an asset that has a finite supply and long-term upward trajectory. Easier access thanks to institutional adoption, and greater utility with Bitcoin’s SegWit/Taproot upgrades, is then just a cherry on top.

Asset managers and wealth advisory companies are not the only ones with a bullish outlook on Bitcoin. Federal Deposit Insurance Corporation (FDIC), the federal agency in charge of regulating banks, sees 2022 as the crypto year. FDIC Chairman Martin J. Gruenberg issued a statement on February 7th, noting that, although crypto assets can introduce “financial system risks” , it would be riskier to not regulate them.

“To the extent such activities can be conducted in a safe and sound manner, the agencies will need to provide robust guidance to the banking industry on the management of prudential and consumer protection risks raised by crypto-asset activities.”

This is in line with the previous statement made last October by FDIC Chair Jelena McWilliams.

“If we don’t bring this activity inside the banks, it is going to develop outside of the banks… The federal regulators won’t be able to regulate it.”

In other words, the long-standing tropes about crypto assets as gateways to money laundering and criminal underworld are in the rear-view mirror. In their place, a new narrative is forming in which the demand for digital assets is such that it can no longer be ignored.

Both India and Russia have come to the same realization. India is ditching its plan to ban cryptos and impose a 30% flat tax rate instead. Likewise, President Putin canceled the Central Bank of Russia’s demand for a wide-reaching ban. The largest nation by land size will go a step further and recognize cryptocurrencies as such instead of commodities.

Regulatory effort in the US is still ongoing. However, this week’s committee hearing on “Examining Digital Assets: Risks, Regulation, and Innovation” did yield a bipartisan agreement that both markets and investors need to be protected. In the words of Sen. John Boozman (R-AR):

“There’s a gap in the oversight of digital assets. This poses a danger to the American consumer and could threaten the resiliency of our financial markets if left unchecked. We have an opportunity here to broaden participation in our financial markets, but this must be paired with consistent rules of the road that protect investors and our markets,”

The legislative direction in which that bipartisan sentiment takes will largely determine the direction of the crypto market in the coming months.

Do you know of anyone who sold Bitcoin at a loss? What was their reasoning? Let us know in the comments below.