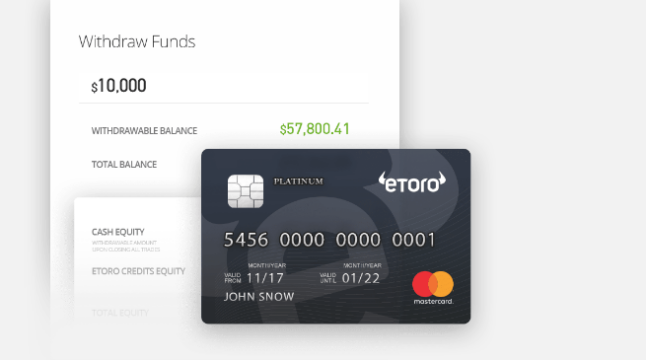 As Robinhood stumbles in the UK, eToro jumps over

The competition between trading platforms is heating up. We are now entering the stage where the big players are consolidating. As they scurry for new users, eToro grows parallel to Robinhood in terms of user count, with both surpassing 13 million. Recently, eToro took another step forward by acquiring Marq Millions Ltd, as the launching board for their new debit card.

If we zoom out for a moment, we can see that branding is critical when you are jousting for people’s attention in the same niche. eToro started as a European-focused social trading platform offering a neat trick.

With Toro, you can easily copy and share trades of professional traders, all inside a burgeoning social and educational network. On the other hand, Robinhood’s trading platform started as a liberator of masses from trade commissions and fees.

Eventually, eToro and its CopyTrader advantage decided to follow the route of zero commission trading. Now, the next step is offering people debit cards for the extra convenience of expedient cash flow. According to an eToro spokesperson, a debit card was a long-sought feature by eToro’s loyal userbase.

Evolving from an online trading platform to one that dabbles in the banking sector via debit cards is a big step. Many regulatory hurdles have to be overcome. eToro managed to overcome them in the UK, regulated by the UK’s Financial Conduct Authority.

Therefore, the UK will be the first launch site for eToro’s debit cards. Considering eToro’s recent regulatory success of offering stock trading in the US, the eToro team seems to be well-prepared to issue its American debits cards soon, but after Europe.

As you would expect, Yoni Assia, the CEO of eToro, is quite pleased with this landmark achievement. In his press release statement, he expects a great turnout for the debit cards:

“The debit card will provide instant cash-out and cash-in functionality, greatly improving the user experience. We expect to see a strong take-up of the card – initially from our client base.”

That client base steadily approaches 15 million users at the current rate of new registrations. Marq Millions’s CEO, Mahmood Kamran, was happy his organization was absorbed by eToro. Now serving as the managing director of eToro Money, Kamran expressed his excitement and confidence that eToro will establish itself as The global social trading network.

In the meanwhile, Robinhood, as eToro’s greatest competitor, is still suffering from bad publicity in the wake of trade-related suicide. This may not be the deciding factor, but it seems Robinhood is taking extra caution to avoid stirring regulatory bodies further. As a result, Robinhood decided to indefinitely delay the UK launch of its own line of debit cards.

Now that the entire cadre of trading apps have switched toward zero-commission trading, which features would you rate to be critical? Would a debit card become the tipping point? Let us know in the comments below.