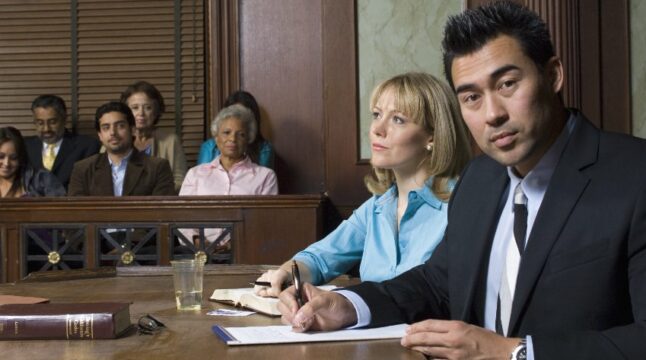 Industry participants have expressed support for the overall concept of reversible tokens but slammed the idea of decentralized judges.

In an attempt to address the crypto theft issue, Stanford University researchers have put forward the idea of reversible tokens. As the name implies, these reversible tokens allow transactions to be reversed — but within a short time window and the interference of a so-called decentralized jury.

On Sunday, Stanford University blockchain researcher Kaili Wang took to Twitter to share the concept of reversible tokens, which could address the crypto theft dilemma. She noted that as of now, the idea is just a proposal aimed to “provoke discussion and even better solutions from the blockchain community.”

“The major hacks we’ve seen are undeniably thefts with strong evidence. If there was a way to reverse those thefts under such circumstances, our ecosystem would be much safer. Our proposal allows reversals only if approved by a decentralized quorum of judges.”

The way this proposed reversible token is expected to work is that the victim of a crypto theft will first submit a freeze request to a governance contract. Based on the evidence, the decentralized court of judges votes to either accept or reject the request.

If accepted, the funds are frozen. Subsequently, there will be a trial, where decentralized judges will vote to revert or unfreeze the funds, based on the evidence submitted from either side. If the jury agrees on a reversal, the frozen funds are sent back to the victim.

According to an accompanying blog post, other blockchain researchers from Stanford including Dan Boneh and Qinchen Wang also took part in creating the proposal. “We designed opt-in token standards that are siblings to ERC-20 and ERC-721 and support reversing transactions (when there is sufficient evidence to merit it),” Wang said.

She further clarified that the prototype is an opt-in standard that “simply allows a short time window post-transaction for thefts to be contested and possibly restored.” She highlighted that it is not a proposal for all crypto.

Issues Around a Decentralized Judiciary System

As Wang noted, an ambiguous part of the proposal relates to the “decentralized quorum of judges.” At first sight, there are several questions. For instance, who is authorized to be a judge? How do they vote? How do they get rewarded?

However, she said these specifics are to be determined by “whoever creates the instance of the ERC-20R/ERC-721R.” In other words, the developers would have to devise a governance mechanism that discourages judge dishonest and bribery, announces a reward mechanism, and more.

Nevertheless, it is worth noting that many industry experts have opposed the idea, mainly citing concerns around the decentralized governance nature of such a mechanism. Prominent Terra researcher FatManTerra said:

Other Twitter users also criticized the idea of decentralized judges, despite expressing support for the overall concept of reversible tokens. One Twitter user said:

“Interesting concept, until you introduced the thought of judges. Theft is bad, but I don’t think this is a problem that requires a centralized solution. It only requires people to be more diligent in protecting their own money or assets.”

Meanwhile, Ethereum is currently trading at around $1,300, down by more than 1% over the past 24 hours. The second-largest cryptocurrency has failed to pick up steam after the much-anticipated Merge upgrade, extending its downtrend. The broader crypto market is largely flat over the past day.

Do you think reversible tokens could be widely adopted? Let us know in the comments below.