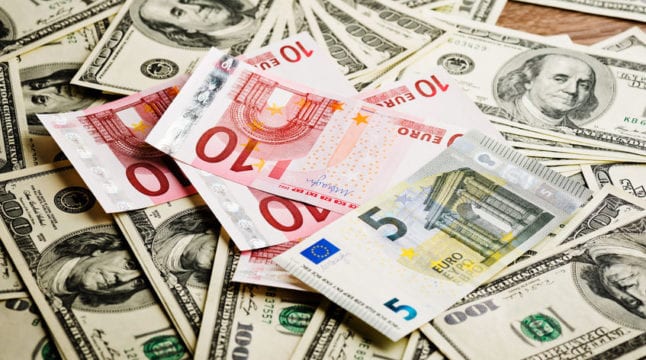 President Biden’s stated goal of “healing the nation” relies much on his exit strategy from the coronavirus pandemic.

Biden-induced optimism not only caused the stock market to reach near-record highs but also boosted riskier commodity currencies. As Europe embraces the fear of new viral strains, its currency suffers. Will Biden admin use this opportunity to regain lost ground against China?

Going against the established trend since the forex market learned of Biden’s victory, the dollar has been holding steady against its major counterpart – the Euro. Usually, the Canadian dollar would be alongside Euro, but this time, our northern neighbor proved to be surprisingly resilient. In fact, the dollar plummeted to its 3-year-low compared to the Canadian dollar.

The key factor in this development was Bank of Canada’s decision to not cut interest rates on Wednesday. As of now, Canada holds interest rate at 0.25%, placing it in lockstep to the US Federal Reserve funds rate.

If you are wondering if the American interest rate will rise any time soon, the answer is no. According to the Fed Chairman Jerome Powell, during the virtual Q&A session on January 14th, the economic devastation incurred by lockdowns will make it difficult to achieve a swift recovery.

“When the time comes to raise interest rates, we will certainly do that… And that time, by the way, is no time soon.”

Besides the Canadian dollar, USD also weakened against the Chinese yuan, Norwegian crown and Mexican peso, the latter topping the list with a 1.5% change.

In lieu of President Biden’s inauguration and his upcoming $1.9 trillion COVID-19 relief package, the stock market rose to almost a new record high. However, the Biden bump did not last for too long. Soon after, on January 21st, 11:53 ET, Dow Jones dropped by 15.14 points. Nonetheless, the S&P 500 remained strong, by gaining 1.89 points.

Compared to 2020’s fall by 15%, the S&P 500 is projected to rise by 24% during 2021, according to Refinitiv. Overall, the renewed optimism in the vaccine rollout, the upcoming massive stimulus package, perceived political stability, and greater cooperation with the world’s leaders, is still battling against the stubbornly high unemployment rate.

According to Thursday’s Labor Department’s report:

The proposed $1.9 trillion coronavirus bill, with its $1,400 checks, will certainly help the worst afflicted. Nonetheless, for how long is this sustainable is anyone’s guess. China had long ago stopped counting cases for such a low fatality virus, rapidly outpacing all other nations in GDP. In contrast, the Western world is still issuing alarmist warnings of “new viral strains”, a mundane inevitability for any virus, which had not been emphasized in previous decades.

If EU Nations Continue to Cripple Themselves, USD Performance Is Assured

According to Shinichiro Kadota, senior currency strategist at Barclays Capital in Tokyo, the Canadian dollar and Norwegian crown should continue to outperform the dollar. It’s fair to say that commodity currencies will be impacted as well. In contrast, Euro, thanks in large part to intensified lockdown paralysis across the EU zone, should lag behind.

During the year, if the US achieves a faster recovery, the USD should strengthen, for what it’s worth. In the meantime, due to better employment numbers for December, the Australian dollar rose by 0.1%, continuing to amplify its 0.7% rally from the previous session. In the Asian forex market, the USD dropped slightly, by 0.1%., but still enough to account for a three-year low at C$1,2607 overnight.

In the end, much depends on how governments react to a rise in covid cases. For many months and on multiple occasions, PCR test had been documented as yielding false positives. Just yesterday, WHO warned this test is more likely to give false positives, thus creating never-ending covid-case inflation.

Do you think governments should continue to curtail people’s economic freedom or follow China’s lead? Let us know in the comments below.